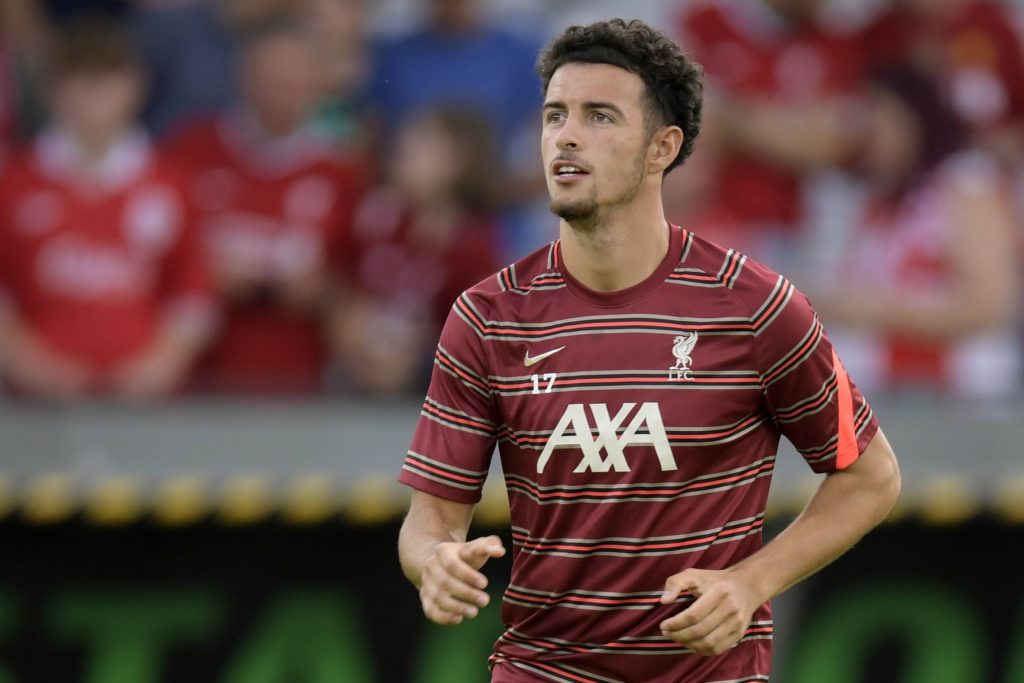 Aston Villa are reportedly eyeing a move for Liverpool midfielder Curtis Jones, and fans have reacted to the news.

Villa have been very active in the transfer market following the departure of Jack Grealish to Manchester City for around £100 million.

Dean Smith wants to add depth to his midfield ranks and has earmarked the Liverpool youngster as a potential option.

Many Villa fans feel that while Jones would be a good signing for the club, the chances of the deal happening is unlikely. Here are some of the selected tweets:

As much as I’d love this signing, I can’t see it happening unfortunately and certainly not at that price💰

If we are to sign a midfielder, it would be a more defensive minded player ✍️ #avfc pic.twitter.com/aaOYgtYVil

Now we're talking! What a signing this would be

Would rather Harvey Elliot than him

He's highly thought of at Liverpool, there's 0% chance of them selling him + it would be way more than £15m. There's a slight chance they may loan him out. But he's not what we need, we were prepared to splash out on JWP so that 💰 should be spent on a DM before Tuesday night 🦁

My stance would be that ultimately we need a DM, Ward-Prowse or McKennie may have been too good to turn down, but personally don't see Jones as quite that calibre of player, and so I'd rather go all out for a DM, or pass on Jones.

Not a chance this happens.

Earlier this summer, Villa made several attempts to sign James Ward-Prowse from Southampton, but they failed to land him.

The Midlands club also tried to sign Emile Smith-Rowe from Arsenal, suggesting that Villa are looking at midfielders who would add creativity to the side.

Jones is a fantastic young talent who has progressed through the youth ranks at Liverpool. Jurgen Klopp rates him highly, and he is already part of the senior squad.

The 20-year-old was superb at times last season, and he is expected to play a big role in the present campaign, with Liverpool trusting him to fill the void left by Gini Wijnaldum.

He has the potential to be a top-class player, and Liverpool would be foolish to sell him permanently, especially for the fee being quoted. It’s not happening.