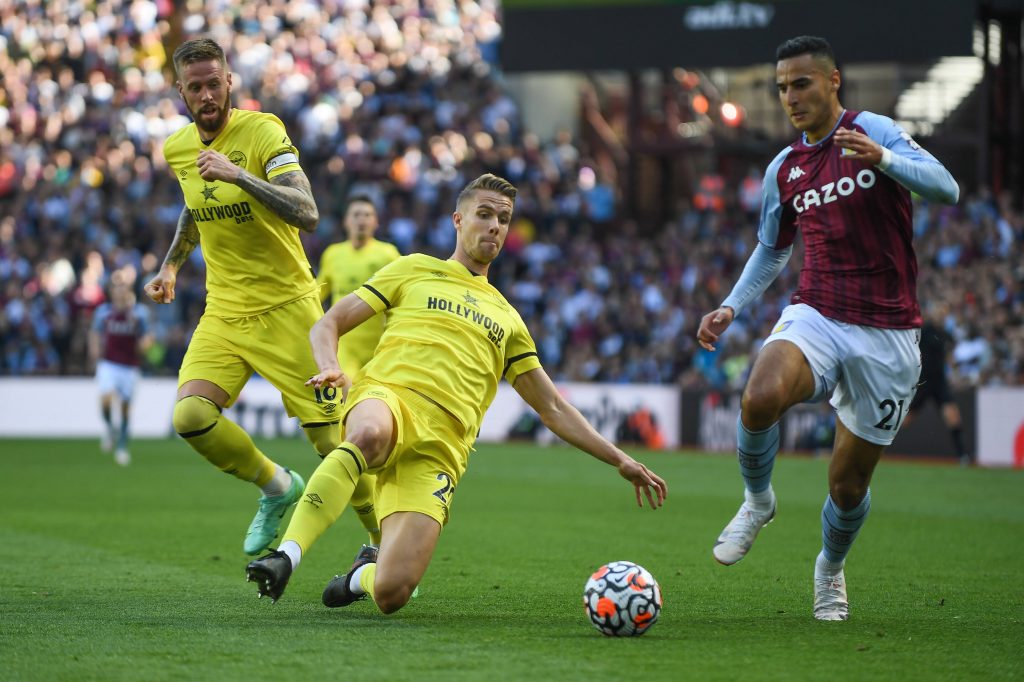 Aston Villa were held to a 1-1 draw against Brentford in the Premier League yesterday.

Ivan Toney scored his first top-flight goal in the seventh minute, but Villa came back into the contest with a goal from Emiliano Buendia.

The home side were favourites with the bookmakers heading into the contest but struggled to live up to expectations.

Brentford have shown outstanding resilience and organisation this season, and they managed to impress once again.

The newly-promoted side were extremely well organised at the back and kept Danny Ings quiet throughout the game.

Brentford are currently unbeaten in their three league matches and ninth in the table, two places above Villa.

Villa’s attackers did not have their best outing, but Anwar El Ghazi attracted plenty of praise on social media for his performance.

The 26-year-old impressed with his link-up play and movement throughout the game. El Ghazi was the only player who tried to make things happen.

His future has been in doubt this summer, but it appears that Dean Smith is keen to retain his services.

Here is what some Villa fans had to say about his performance against the Bees.

Best performance from El Goalzie in a long time. Superb

100% agree on this. Looked to make things happen. Even in the first half after we conceded. Anwar is and will be a good player for us again this season.

Thought he was one of the better players today , targett on the other hand seems to be lacking confidence badly

IMO I think El Ghazi was superb worked hard for the team showed some real passion & attempted to create given the opportunity .

Anwar was good today, the little interchange with Ings in the corner, then Ings pass to Buendia and the goal. Superb.
What spoilt the game was the referee.He was awful,shouldn't be refereeing at this level.
Great crowd with over 42,000 was amazing. pic.twitter.com/kbPxeSBhYd

For anyone that didn't see the game today, pleaae ignore any rubbish tweeted abut El Ghazi – ran his socks off, gave everything and looked our biggest threat 2nd half. He's limited but he played well today. #avfc