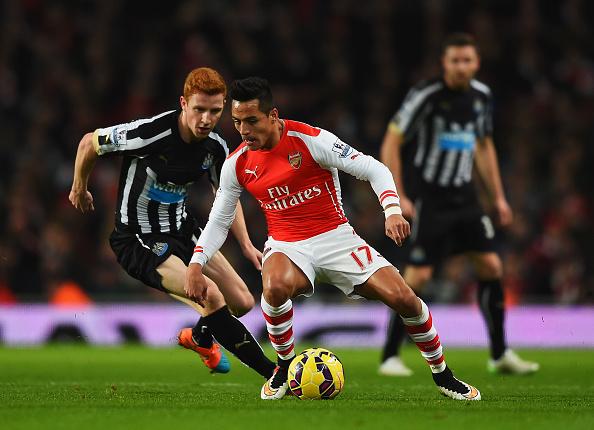 Arsene Wenger admitted that new signing Alexis Sanchez is fatigued at the moment and too many games has taken a toll on his current form.

The former Barcelona forward joined Arsenal in a 32 million pound deal last summer and has been sensational for the Gunners. The Chilean has racked up 19 goals since his move to the Emirates and has been crucial to Arsenal being third in the table, despite injuries to key players like Ozil, Ramsey and Giroud.

Following a breathtaking start to life at Arsenal, Sanchez’ form has somewhat dipped since January and the versatile attacker has found the net only 4 times since then.

Arsene Wenger admitted that the dip in form is due to playing too many games and fatigue. However he also stated that in the current circumstances, he is unsure of when the player will be given his long overdue rest.

“He’s a bit fatigued and in a position where he has scored less. He wants to force his game and then is more involved in physical battles,” said Wenger.“Maybe goalscoring is on his mind, so he wants to do too much and he wants to force his game.“I’m tempted to give him a break at some stage. I have been for a long time.“It’s not that he won’t let me, I will decide that. It’s just that every game now is so important, you always have a hesitation to do it.”

With the final ten games of the season (including the FA Cup) coming their way, it is imperative that Sanchez picks up some of his old form and therefore resting him against the likes of Burnley and Sunderland could be a key and prepare him for the crunch games such as the FA Cup semi finals and the games against Chelsea and United.