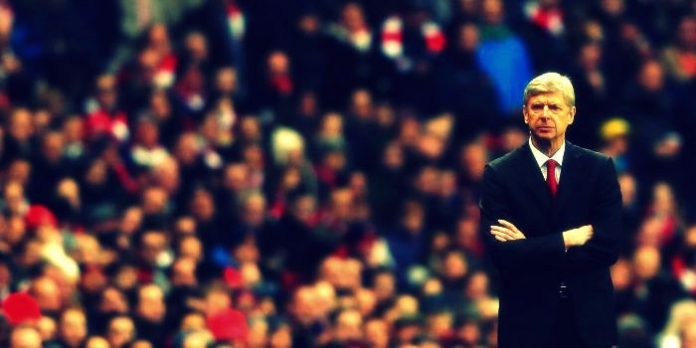 Arsenal manager Arsene Wenger harboured serious concerns about his side’s chances of finishing in top four for the first time in fifteen years.

The Gunners suffered yet another blow on Sunday as they lost 2-1 at the hands of London rivals Chelsea at Stamford Bridge in a very challenging and gruelling atmosphere.

As a result of that defeat, they are now seven points adrift of fourth placed Tottenham who produced a heroic effort against leaders Manchester United at White Hart Lane on Sunday to salvage a late draw.

Fifth placed Everton are three points above them and could double their lead with a victory against relegation threatened Southampton tonight. Liverpool can also enter the race for top four, as they are tied on equal points with the Gunners.

Arsene Wenger felt they were unlucky yesterday and blamed referee Martin Atkinson for playing a part in their defeat. The Frenchman believes there was a free-kick in the build-up to the first goal while the penalty decision for the second goal is highly contentious and shouldn’t have stood.

Wenger, who always guided the club to a minimum top four finish for all these years, feels that the league position of Arsenal is very hard to swallow.

Wenger was quoted in the press:

“We cannot afford to drop points any more if we want to be in the top four. That’s a concern.

“We had a physical problem to get going today. It was better in the second half, but when you play every three days it’s difficult to know what’s psychological and what’s physical.

“There’s a psychological part of it, for sure, because we didn’t really go for it at the start again.”

The constant susurration of doubt reached its crescendo yesterday at the Bridge when Arsenal fans voiced their frustrations chanting “Spend some f***ing money” and “Ivan Gazidis, what the f**k do you do?” directed towards Arsene Wenger and the chief executive respectively.