Arsenal’s woes: Lack of loyalty and depth or Wenger? 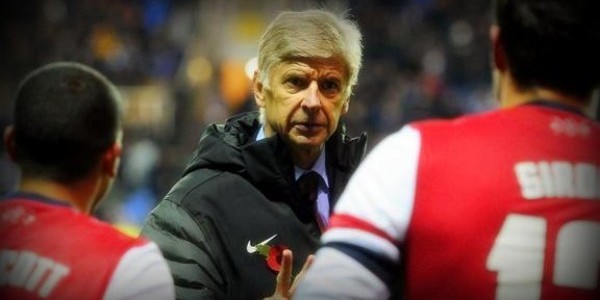 After the loss to Manchester United 2-1 at Old Trafford, a lot of discussions and debates surfaced (as expected) on Twitter.

The scoreline might give an outsider the impression that Arsenal FC had a close game but in reality, it was a far cry from that.

To put it simply, Arsenal was outclassed and outplayed by a team that was performing below par. It didn’t take long for some to blame it on Arsenal’s captain Thomas Vermaelen for making the blunder that had allowed Robin van Persie to punish him mercilessly.

Others also did not hesitate to vent out their anger on the Brazilian left-back Andre Santos, for his inability to provide any sort of assistance to the Arsenal’s already wavering defense. And of course, some also went as far as to ask for the head of Arsene Wenger (figuratively speaking) for masterminding this disaster.

And now, Arsenal fans, to take a step back and think for a second…

These topics are widely discussed within the football realm and trying to sum up all of them in one post will be mere impossible, but I will try my best to raise a few questions.

A lot of long-living football lovers bemoan how the days where loyalty, passion and rivalries are long gone. And that the game has been polluted by the presence of players whose primary objective is to increase their wealth.

That is, unfortunately, partly true. There are players like Zlatan Ibrahimovic whose recent move to PSG resulted in him earning €1 million a month. However, that does not imply he isn’t delivering what he is paid for. At the other end of the spectrum, there are players who are loyal to their club, where the hunt for glory and better financial terms would not lead them to abandon the club that they hold dear. ‘

A prime example would be the legendary Steven Gerrard (who has just reached a whopping 600th game appearance for Liverpool). Gerrard admittedly refused the courtship from the likes of Chelsea and Manchester United.

People pursue a career in professional football for various reasons, from providing the needs of their own interests, to provide food on the table for their family or just simply to satisfy their love to play the game that governs every beat of their heart.

However, that does not necessarily make one better than the other nor one more respectable that the other. Which leads us back to Arsenal. If one tries to play the wage card when attracting young talents from an early age (making money one of the prime incentives for them), it is a no-brainer to ensure the wages one offer are substantial enough to deter the courtships from clubs like Manchester City in the future.

The likes of Manchester City can offer the prospect of challenging for the sports’ biggest honors, in addition to an attractive monetary compensation package. And this is where the infamous debate of Arsenal’s strict wage structure comes into the picture.

Take a minute and think about it for a second – How can one expect players who joined for monetary incentives (especially those at a young age) in the first place to stay put for loyalty and passion? Especially, when one’s club cannot offer the money or the prospect of winning titles once they reach their prime? 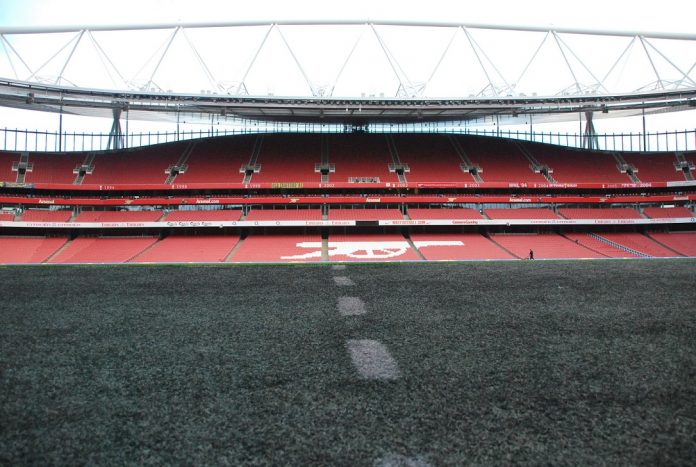 For someone who lacks the proper expertise in analysing football players and teams, Arsenal’s current squad (and the ones preceding this team) comes across as a peculiar one to unravel. It boasts of players with a lot of international experience (Andrei Arshavin and Per Mertesacker), rising talents (Carl Jenkinson and Kieran Gibbs), the sublime (Olivier Giroud and Santi Cazorla) and seasoned Premier League veterans (Mikel Arteta and Bacary Sagna).

At first sight, it is a formidable team that can contend for the title. However, as history has shown time and again, they have repeatedly flattered to deceive. It is safe to say that the lack of talents is not an issue here but when you dig deeper, one can only speculate.

It was apparent from the first day of the season that this squad is extremely thin and any injuries/lack of fitness to vital players could put the team in jeopardy. Gibbs absence, Santi’s lack of sharpness and Gervinho/Podolski ping-pong performances have seen Arsenal dropping points in games where a victory should’ve been the only acceptable outcome.

That leads on nicely to the second point – the non-existent sense of urgency, consistency and honor. From the players’ body language itself, one is always under impression that they have the “We’ll try our best and if we lose, it is no big deal” attitude.

As an individual who enjoys a fast-paced game where players would play for their blood, sweat and tears to win a game for their club, this is just mind numbing and preposterous. There is not doubt that the players possess the ability to play but it does seem that there is a dire need to inject the right mentality, motivation and urgency to win games amongst the players.

Ironically speaking, someone pointed out that Robin van Persie was the one who ordered the Arsenal players to go meet with the away fans (after the 8-2 defeat to Manchester United at Old Trafford last season) in hope that it served as a wake-up call of sorts. 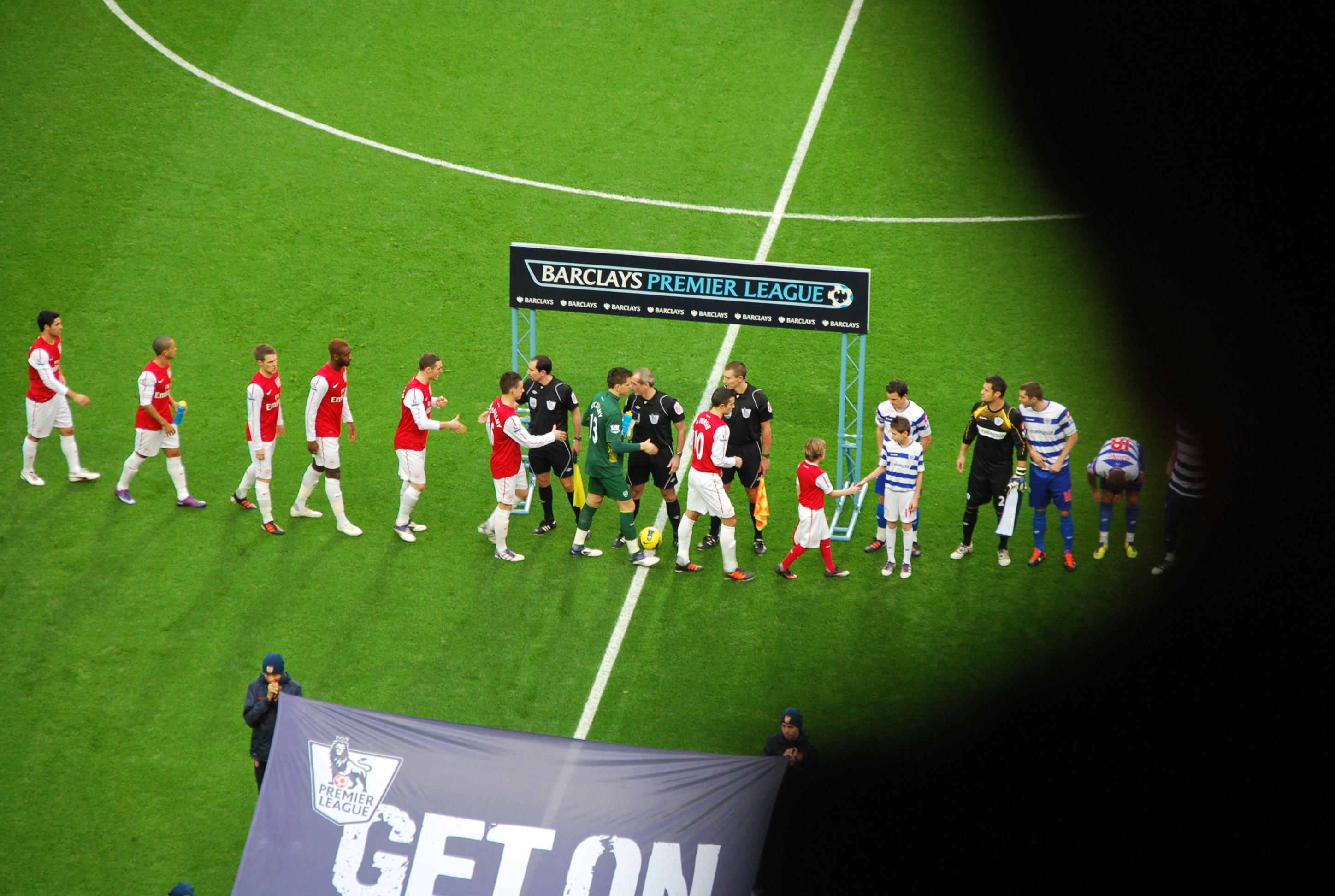 The typical question many Arsenal fans love to ask themselves nowadays. It seems to mirror how many voters would perceive an election if one may offer this analogy. It is similar to deciding whether to either vote for Barack Obama and Mitt Romney in the US presidential election and believing that one option or the other would necessarily solve the gigantic issue at hand.

Here’s the thing, one may raise the notion that the individual who should be (or is) in charge is not necessary the problem but rather the plan itself that needs revision. Change is needed but often people tend to seek the sought out for the easiest change available – the person rather than the obvious problem – the game plan.

The true and loyal supporters of Arsenal FC should always sincerely acknowledge the fact that Arsene Wenger has done many great things in his time as a manager at Arsenal but that itself should not grant him (or anyone else) full immunity from criticism (like any other presidents and prime ministers).

It is apparent that he is in a dilemma where he needs decide if he should change his game plan or plough on with the one he has currently. His legacy is hanging on a very thin thread where it could easily go both ways depending on how he chooses to proceed. To write himself into the Gunners folklores as the Legendary Mastermind for Arsenal or to be forever remembered for his rise and fall in the history of Arsenal.

Feel free to voice your opinions.