Last season, defeat by Bayern Munich in the Champions’ League saw Arsenal return to Premier League action, and close the season with eight wins and two draws from their last ten games.

Victory over Spurs in the North London derby on Sunday was the ideal way to kick off aspirations of such a run for this season. More than the result however, it was perhaps the nature of the performance that may have sent out the strongest signal that this could still be Arsenal’s title year. 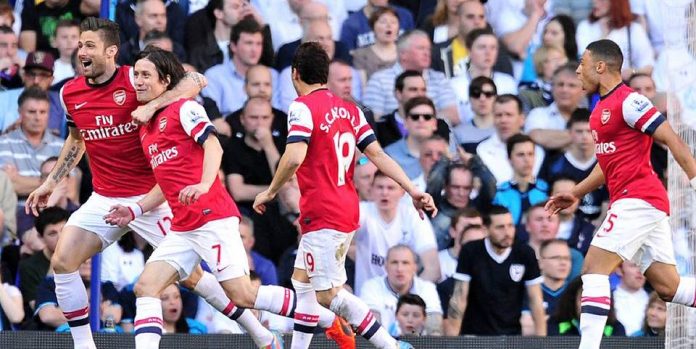 It seems a bit contrary to declare that a performance when the other team has the majority of possession and plays most of the game in your half increases your chances of winning something, but in the White Hart Lane encounter, the Gunners displayed the sort of resilience not normally associated with Wenger teams of late. Flowing open football, yes. Dogged defence to dig out a victory, not so much.

The determination was probably best illustrated by Laurent Koscielney’s block on Chadli’s open goal attempt in the first half after Szczesney had flapped at a cross. After the game, Arsene Wenger declared,

“It was a must-win game. We maintained the focus to not make the mistake that would cost us.”

There have been many such games where the Gunners have come up short in the past. If Wenger has solved this problem, he could yet see his team lift the crown this season. 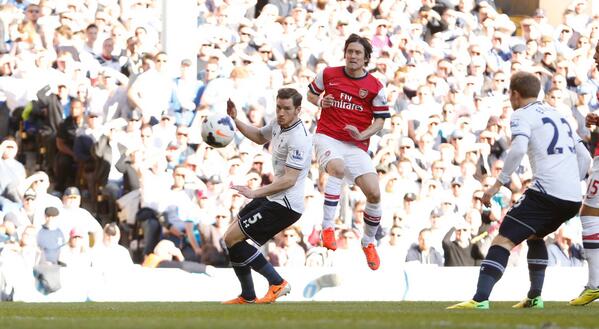 Next weekend will see this new-found resilience put to the test when Arsenal visit Stamford Bridge. Chelsea will still be smarting from the debacle at Aston Villa, and will know that a win is vital. Equally, if Arsenal can avoid defeat it would not only put a massive dent in Chelsea’s ambitions, but also fire their own self-belief.

In recent times, Gunners’ teams have turned up at the Bridge and been happy to get into a ‘slug fest’ with Chelsea. It’s a policy that has brought spasmodic victories, but mainly when you attempt to use finesse against an equally talented side who simply has more power, the result is often unfavourable. Using an epee to face down a broadsword is not a sound approach. 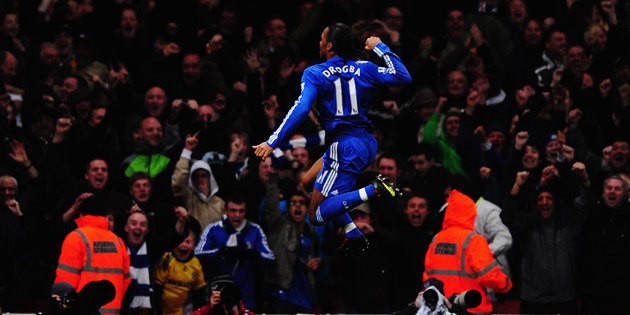 It’s inevitable that when the Gunners square up against Mourinho’s Blues, they will be given a test every bit as severe as that offered by Tottenham over the weekend. Where Spurs perhaps lacked the invention to unlock a defence in which Koscielney and Mertesacker starred however, Chelsea will back their creative players to find a way through.

Having already lost in big games away to Liverpool and both of the Manchester clubs, a further defeat at Stamford Bridge, could knock Arsenal back out of the race again.

If however, they can conjure a run in of 2013 vintage, who knows where it can take them?