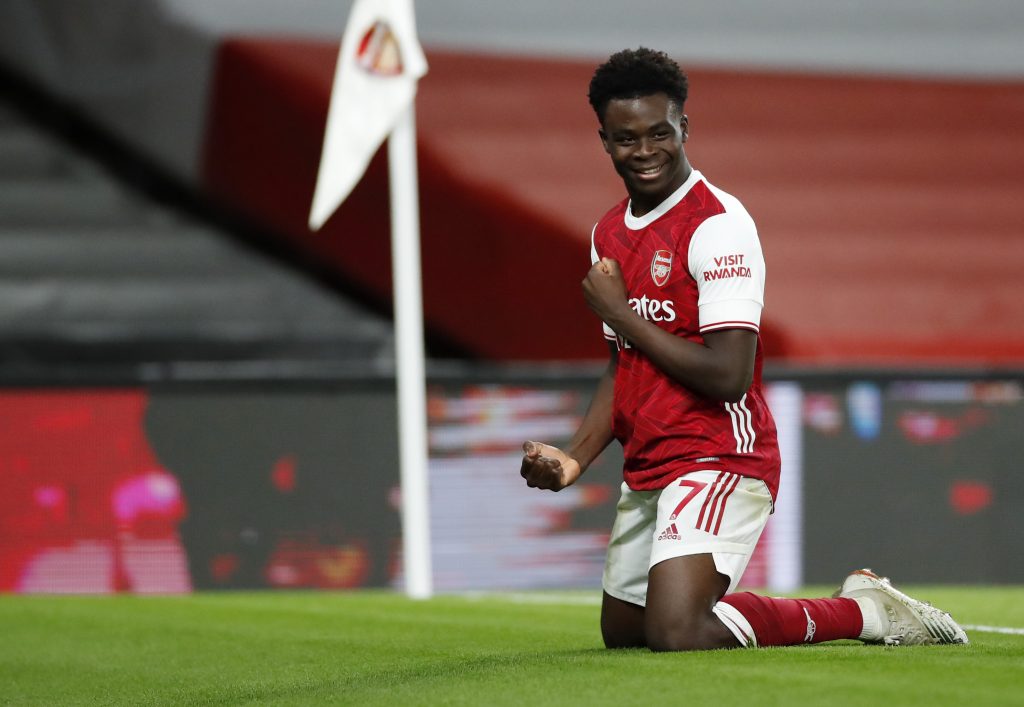 Bukayo Saka misses #eng v San Marino. Still at #afc having assessment on hamstring. Southgate hopes Saka will link up at Pennyhill Park later this week. Rashford #mufc not out training this morning, continuing (ankle) rehab indoors; tbh should have been rested from this squad.

The youngster is currently with the Gunners as he is still having an assessment on his hamstring, and Three Lions manager Gareth Southgate is hoping that he will join up with the rest of the squad later this week.

England are in Group I of the European qualifiers for Qatar 2022 World Cup, and they face San Marino, Albania and Poland this month.

They play Albania on Sunday before hosting the Poles on Wednesday, and Southgate will hope he can count on Saka for both games.

Arsenal manager Mikel Arteta will hope that the versatile player does not aggravate the knock on international duty.

Saka, 19, has featured in 30 games across the Premier League and Europa League this term, weighing in with six goals and five assists, and losing him to injury will be a huge blow to the Gunners.

Arteta needs all his key players fit for the run-in and will be desperate for the international break curse not to strike in the coming days.

Arsenal resume Premier League action with a clash against Liverpool before hosting Slavia Prague in the first-leg of their Europa League quarter-final tie.

While there are still nine league games left in the campaign, their best chance of playing in the Champions League next season is by winning the Europa League with nine points between them and the top-four.

Arsenal also need to finish in the top-seven as a contingency plan to play in Europe next season, and their performances after the international break will have a huge say on their campaign.

In other news, Arsenal reportedly want this Barcelona man as a potential replacement for Martin Odegaard.