Arsene Wenger has pulled the plug on his interests in securing the signature of Germany midfielder, Sami Khedira. The London side are still looking to strengthen their side ahead of the impending Premier League season but have failed to agree terms with the 27-year-old. 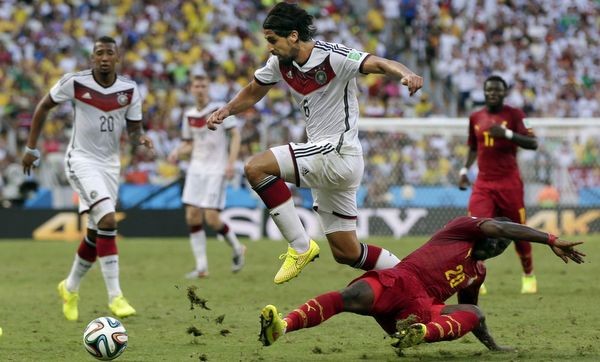 The Real Madrid star was an integral part of the World Cup winning campaign for the Germans, despite missing the final through an injury incurred in the warm up.

Wenger was hoping to bring Khedira’s services in to bolster his midfield, but it is believed the German wanted higher wages than Arsenal were willing to pay. The disappointing news for Arsenal fans comes from BBC Sports reporter, David Ornstein.

The German has just one year left on his contract at Real Madrid and has already rejected an extension, fueling rumors and interest as the Spanish team will no doubt prefer to cash in on him this summer.

Jose Mourinho now finds himself the front-runner at present, but don’t be surprised if another big club pops up in the hunt. Khedira has a lot to offer almost any team, with great footwork, a good work-rate, excellent passing skills and vision, and great abilities in the air.

The Premier League remains his most likely destination, adding more experience and string to the bow for the man who has played four years each in the Bundesliga and La Liga.

Chelsea have also been rumored to have many other interests though, so the Special One will weigh up his options very carefully now that that pressure of Arsenal hi-jacking the deal is gone.