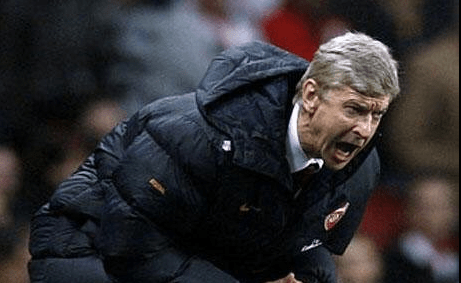 Arsenal’s journey in the title race every year is either extremely hilarious or infuriating, depending on which side you’re on. It is also very predictable. We go through this year and yet it seems like the Gunners never learn from their mistakes, and never to try to right their wrongs. If a formula doesn’t work, why go with it again and again?

The last time I did a piece on this was in September 2014, and was overwhelmed with the response I got. One particular gentleman put it quite masterfully – “Venkata is one if those supporters of Manchester United who through no fault of their own found themselves in a flock of Gooners and wittingly or otherwise capitulated and blended with the crowd. It is his type who are always stirring distructive and distabilizing s**t among Gooners. They are a highly amplified negligent minority. They always concentrate on negative things.”

Well, this is neither the time nor the place to respond to being called a Manchester United supporter. I’ll keep my pride in my pocket for the moment and move on.

The point is, we’re almost two years into the future now since that piece came out, and find ourselves saying the very same thing about both Arsenal and their manager even now. The only difference, I seem to have a bit more support from the Gooners themselves.

When the push gets to shove, the results do the talking, as this fan states before going on to make his point with a hypothetical situation:

It’s no exaggeration to say Wenger would have been sacked 50+ times at another major club. It’s scandalous. Remove the dictator. #WengerOut

Same old, same old There’s hardly any excuse for losing two very winnable games in a row whilst chasing down a team in the title race.

Manchester United vs Arsenal has arguably been the most fiercely contested rivalry in the history of the Premier League, and Wenger has been at the centre of most of it. For him, getting his side pepped up ahead of a trip to Old Trafford should hardly be too much of a bother, right?

The Gunners had a lot more to play for than the Red Devils going into that game as well, having seen top-of-the-table Leicester City snatch a last-minute winner a day earlier. If that’s not enough, United were fielding a totally unrecognisable team due to their injuries, an XI full of youngsters with negligible Premier League experience. What do Arsenal do? They fail to turn up and put in one of their worst performances of their season.

The kids win 3-2, and have something to boast about in school the next day. 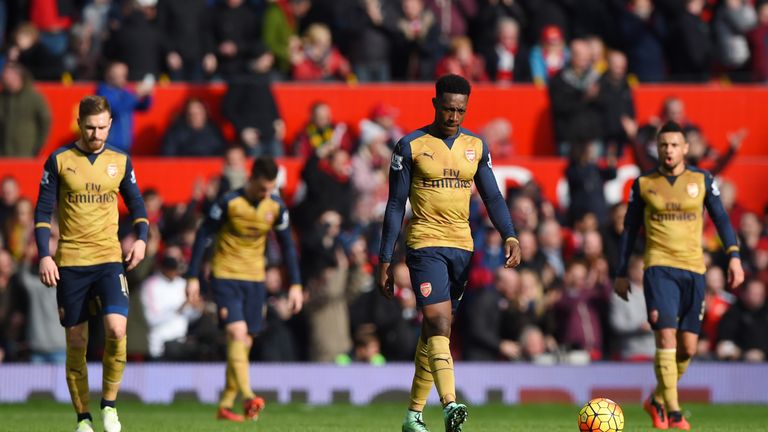 One game, you might say. It happens. Fast forward three days later, and they have the perfect opportunity to redeem themselves in a home game against Swansea City. This time, Leicester have dropped points the day before and Arsenal have the chance to close the gap and pile the pressure.

They start well, score the first goal, and are looking extremely comfortable for the three points. An equaliser is conceded after a simplistic lapse in concentration at the back, and almost immediately, the heads drop.

Wenger does his best to help the cause by taking off Joel Campbell, their best player by far. The fans are clearly incensed, and can sense the worst. Their worst fears are confirmed in the 74th minute when Ashley Williams bundles the ball home from a Gylfi Sigurdsson free-kick. There were close to 20 minutes left on the clock, but the Arsenal players’ body language clearly showed that they had no chance of getting back into it.

Where did Joel Campbell go? Oh right, Wenger punished him to the bench for scoring a goal. Makes perfect sense.

Never had so many Arsenal fans come up to tell me: ‘You’re right.’ #WengerOut — Piers Morgan (@piersmorgan) March 2, 2016

The title race is still mathematically on for Arsenal, but even the fiercest supporter won’t believe they’re going to win after last night’s debacle.

The following is a quote from Wenger towards the end of December, just before the January transfer market, as reported here by the Standard:

This is incredible, but not one of those players except Alexis Sanchez (who is not a striker, by the way) has ever shown the quality or the consistency to prove that he’s the man to fire Arsenal to the title.

Walcott has been at the club for a decade now and has hardly improved in the last 5 of those years. Danny Welbeck? I have nothing to say if Wenger believes he is world-class. Giroud is a very good striker on his day but always loses his form at the wrong time. At the moment, the Frenchman can’t hit the broad side of the barn, when his team need him the most.

Yesterday against Swansea, he had the chance to restore Arsenal’s lead before half-time when he hit the bar from 6 yards. Wenger called it unlucky, but the in truth, it was plain bad finishing.

He reportedly had £200 million to spend in the transfer mark, and the only world-class addition he made to the squad was Petr Cech. The ex-Chelsea man has been outstanding and is one of the major reasons why Arsenal are in a position to challenge for the league. The other big-time player has been Mesut Ozil, who cost £42 million to bring in from Real Madrid. The Gunners’ best player last season was Alexis Sanchez, who cost £35 million. Despite the world of evidence that supports it, Wenger doesn’t go all out in the transfer market and get the right personnel. It is also no wonder that these top-quality individuals leave the Emirates in a few years, after giving it there all and yet failing to have anything to show for it.

We’re 6pts behind a club with 1/10th of our spending power & a stadium half the size of ours. I’m done with all his excuses. #WengerOut — Piers Morgan (@piersmorgan) March 3, 2016

So many of you are now seeing what many of us have for over 5 yrs, we was a minority, not anymore, welcome to the Wenger Out side

He was a pioneer back in the day for the way he revolutionised football in England on his arrival in 1996, but Arsene Wenger is well past it now. It’s the same thing every season, and I can say with full conviction that Arsenal won’t win the league with him in charge.