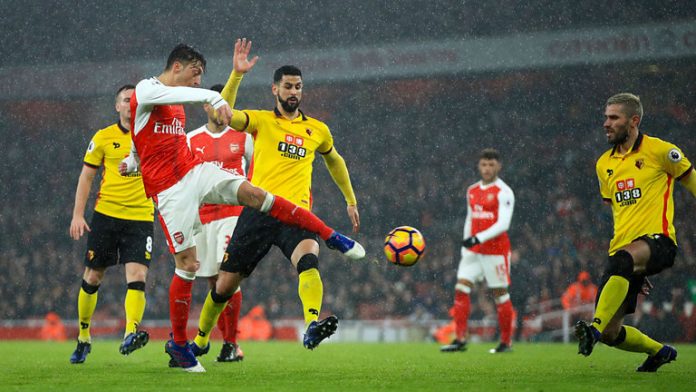 The Gunners head into the game 13 points behind Tottenham Hotspur and their hopes securing a top four finish look remote.

Thursday’s 2-0 victory at AC Milan leaves them well placed to reach the last eight of the Europa League and winning that competition appears to be their best route into the Champions League.

Watford triumphed 2-1 in the reverse fixture and still have their sights set on ending the season in the top half of the table.

Arsenal have won seven of their last ten meetings with Watford and are favourites to improve that record this weekend.

Arsene Wenger’s side are priced at 4/9 to win the game, with Watford available at 11/2.

? Our starting XI for this afternoon's game against @WatfordFC #AFCvWFC pic.twitter.com/ZSlSF0NCGX