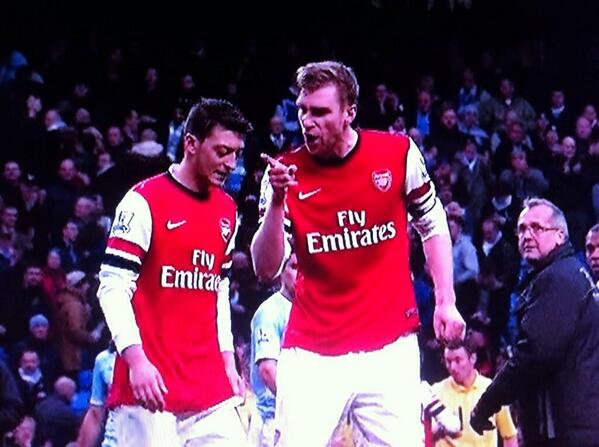 Arsenal have been handed a massive injury boost after Arsene Wenger confirmed Per Mertesacker is back in training for their upcoming league clash.

The Gunners sealed a narrow 1-0 victory over Newcastle United before the international break. The 30-year-old missed the north London club’s last two matches with a virus. The German international is back in contention and will start for the Emirates club.

Mark Hughes will take his men to north London as Arsenal will face Stoke City in the league clash on Saturday. Mertesacker will be contention for the team selection against the Potters.

“Per Mertesacker is back in training ahead of Saturday’s game against Stoke City,” Wenger explained.

Boss: "Per @mertesacker is back in training ahead of Saturday's game against Stoke City." #SCFCvAFC pic.twitter.com/tLBabeLMAU

After confirming the return of the centre-back for Stoke clash, Wenger went on to suggest his players are keen to showcase their talents after a disappointing start to the new season. The Frenchman said, “The players we have know what they need to do. They have the ability, they have ambition and we need to stand behind them.”

Wenger: "The players we have know what they need to do. They have ability, they have ambition and we need to stand behind them." #SCFCvAFC

Stoke strengthened their squad by adding new faces in the summer transfer window. Hughes signed Xherdan Shaqiri and Ibrahim Afellay, while Glen Johnson and goalkeeper Shay Given arrived at the club on a free transfer. They also signed Chelsea midfielder Marco van Ginkel on a season-long loan deal.

Wenger is aware of the threat possessed by the Potters as he believes Stoke players can trouble Arsenal at the Emirates this weekend.

“They have improved their technical quality. They have a lot of technical players who can give us problems. There’s never been bad blood. I always focus on playing football and playing as well as we can,” Arsenal manager explained.