Arsenal will take on Southampton on Saturday in the Premier League at the Emirates Stadium, where the league leaders will be looking to extend their lead at the top of the table. 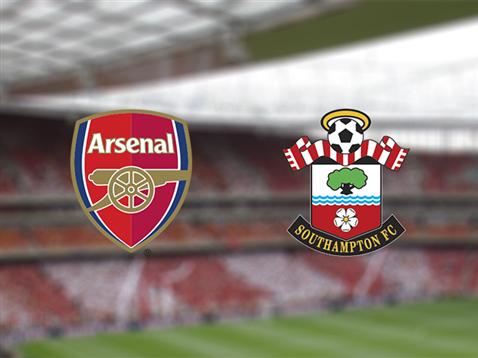 Arsene Wenger will be determined to get things back on track, after the Gunners lost 1-0 to rivals Manchester United at Old Trafford before the international break. However, with several of their star players returning from injury and illness, and other contenders have a relatively tough fixtures, this might present a brilliant opportunity for the Gunners to consolidate their position at the top of the table.

The Gunners lost their opening game at home against Aston Villa but since then, they’re undefeated in the league at home, winning all their matches and scoring 11 goals in the process. Irrespective of league position, they should start as favourites and are at 8/13 with Ladbrokes to win the match against Southampton.

The Saints on the other hand are occupying the 3rd position in the Premier League above Chelsea, Manchester City and Manchester United. This is simply terrific keeping in mind they were plying trade in lower leagues just few seasons back.

The best thing about Mauricio Pochettino’s team is balance. Southampton have right set of players to carry out the task set out by their manager. They possess the best defence in the league in terms of stats (conceded less goals than any other teams) while away from home they are equally solid earning crucial points against Liverpool and Manchester United. Hence, won’t be surprised if they stun Arsenal at the Emirates. They are at 11/4 to earn a draw and 5/1 to win at the Emirates with Ladbrokes.

Arsenal will welcome back England winger Theo Walcott from injury, but midfielder Mathieu Flamini is suspended for this game after picking up five yellow cards.

Aaron Ramsey is also passed fit to face the Saints on Saturday. He missed the midweek tie for Wales. German defender Per Mertesacker returns after missing the defeat at Manchester United because of a virus but midfielder Tomas Rosicky could miss out with illness.

Gaston Ramirez could face a late fitness test while Dani Osvaldo is expected to be fit despite suffering an allergic reaction on international duty.

Prediction: 0-1; Southampton have surprised big teams this season and it could well continue against the Gunners as well.