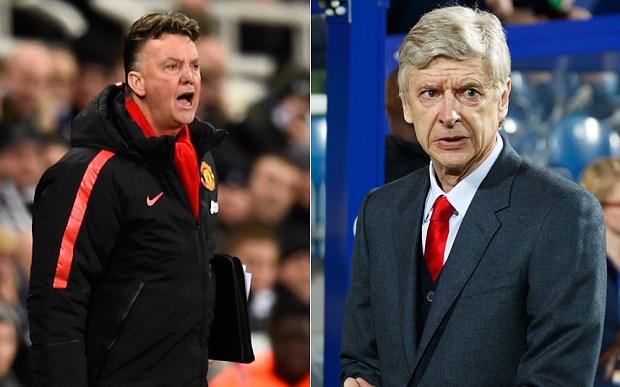 Arsenal and Manchester United take on each other in the pick of matches from this weekend. The Old Trafford outfit sit on top of the table and will approach this match with utmost confidence.

Three points behind, the Gunners sit in the fourth spot (cue the banter). Still pretty early in the season, the positions in the table do not matter as much, but a win for United could help them open an early gap over their direct rivals. On the other hand, a win for the Gunners will help them pile pressure on the Manchester sides and not lose grip on the top spot.

Soccerlens looks at three key battles we can expect to see on Super Sunday at the Emirates and ones that could determine which way the tie tilts.

Arsenal defender will return to the thick of things after his scrap with Diego Costa. Injury to Laurent Koscielny means the former Villarreal player will partner Per Mertesacker in heart of the back four.

He will have a tough task trying to keep a certain teenager, who is enjoying an emphatic start to life in England, quiet. Anthony Martial was termed a panic buy and spending the kind of money Manchester United did on him, will bring that tag.

But the Frenchman has dealt with pressure with the utmost finesse and ease. It is admirable and surprising how well he has coped with the burden of his price tag and all the media attention that came his way as he made a switch from AS Monaco to Old Trafford.

Martial’s impact on proceedings for his club has been explosive. He has instilled a lot of confidence in the club’s attack and is majorly responsible for the club’s recent successful results.

Gabriel has done well in Arsenal’s defence and enjoyed a good run of form before the Costa incident cut it short. The Brazilian will be entrusted with the task of stopping the in-form Martial, whose pace and trickery has troubled a lot of sides already.

Juan Mata is another Manchester United player in sensational form at the moment. The former Chelsea man has been another key player in Red Devils’ recent string of good results.

The Spain international will go into this game with a wonderful performance in Wednesday’s 2-1 Champions League win over Wolfsburg. He scored a penalty but his most memorable moment of the game was an audacious flick for Chris Smalling’s goal.

Gunners full-back Nacho Monreal should will shield the left side of the defence and stopping Mata might not be easy, but it is absolutely essential that the 27-year-old United player is not able to make a mark on proceedings if Arsenal want to end the game on a positive note.

After going eight games without a goal, Sanchez scored a hat-trick against Leicester City. He followed that up with an assist and a goal against Olympiakos. Safe to say, he is back in the thick of things and will be Arsenal’s main threat on Sunday evening. If the Gunners are to do well, Sanchez will have to play a key role in proceedings.

United’s summer recruit Matteo Darmian will in all probability, operate on the right side of the defence and it will be up to him, mainly, to stop the former Barcelona forward. So far, the Italian has done really well but he knows it will be a much bigger ask when he faces Sanchez. This will be a key contest on the pitch.