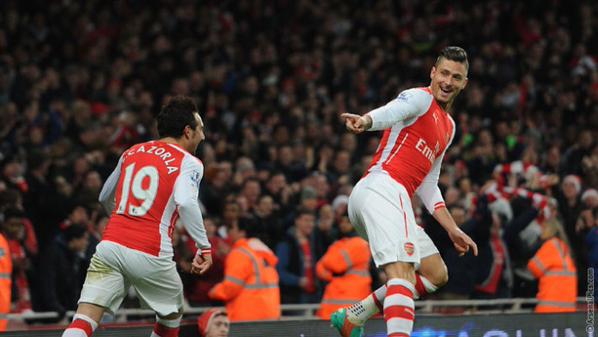 Arsenal will be looking to rebound from Saturday’s heartbreaking loss in the North London derby when they host Leicester City tonight.

The Foxes currently sit bottom of the Premier League table, were beaten at home by Crystal Palace on Saturday and have some confusion over the managerial situation.

Nigel Pearson was reportedly sacked and unsacked on Sunday evening, all of which cannot bode too well for the struggling East Midlands club.

Arsène Wenger has confirmed that Alexis Sánchez could be back to face Leicester. It sounds as though it may be a little risky to rush him back so soon and that the Chilean may be rested for the weekend instead.

The Gunners boss is not sure when Jack Wilshere will return, but he, Alex Oxlade-Chamberlain and Mathieu Debuchy are all definitely unavailable for this game.

Danny Welbeck made his return at the weekend, playing his part in Arsenal’s opening goal.

Kasper Schmeichel and Chris Wood are the only absentees to Nigel Pearson, or whomever is in charge of Leicester for this game. 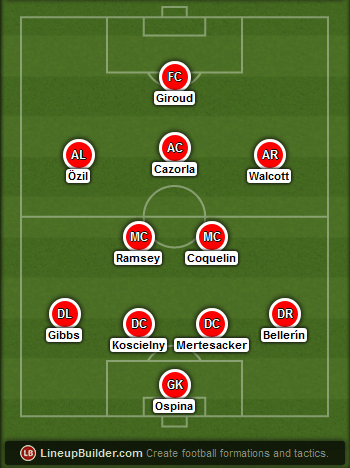 Although Arsenal weren’t very productive in the final third at the weekend we think Arsène Wenger will stick with Mesut Özil on the left and place Alexis Sánchez on the bench, to minimise the risk of re-aggravating his injury and only introducing him if Arsenal aren’t ahead by the hour. Danny Welbeck started the weekend’s game after a six-week lay-off so may not be fit to play twice in quick succession, so we’re going with Theo Walcott to start on the right. As long as there are no injuries that we don’t no about there’s no reason for Wenger to change the defence, although Gabriel Paulista still awaits his debut. 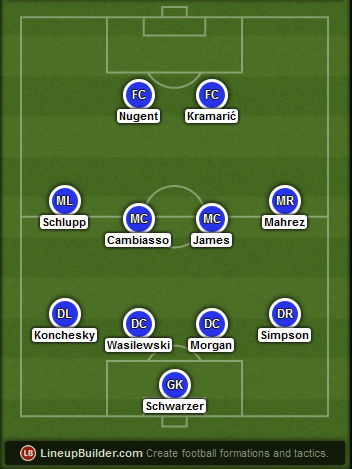 Mark Schwarzer continues in goal and the defence isn’t as bad as it was at the start of the season. Any of the possible three players starting on the right wing for Arsenal have the pace to burn Paul Konchesky which should certainly be considered a weak point for the visitors. Riyad Mahrez is back from the African Cup of Nations and is about the only creativity in this Leicester side.

Theo Walcott vs Paul Konchesky
The experienced defender should be in for a tough time whether he faces Theo Walcott, Danny Welbeck or Alexis Sánchez down the right. All of them have the pace to fly past him and all like taking on the full-backs. This should be one of the key areas where Arsenal look to exploit the opposition. Konchesky will be wanting help from the left winger in front of him, whilst Arsenal will have Héctor Bellerín bombing on from right-back.

Olivier Giroud vs Wes Morgan
Arsenal’s sole striker tends to see a couple of good opportunities a game and this match shoud be no exception. Olivier Giroud should be on the receiving end of some crosses and through balls from his team mates against one of the league’s leakiest defences. Wes Morgan may lead the league in blocked shots, but if he can’t stick close to the French striker then the visitors are bound to concede.

Santi Cazorla vs Esteban Cambiasso
An unusually quiet game before being substituted at the weekend, Santi Cazorla has a favourable matchup midweek. The Gunners are likely to dominate possession and territory in this game and the Spaniard is likely to be at the heart of it. Esteban Cambiasso is an intelligent footballer but whether he’ll have the fitness and pace to keep up with the clever Cazorla remains to be seen. Except the playmaker to get the better of this matchup.

Prediction: Arsenal 3-0 Leicester City
Confusion over the manager, out-of-form and bottom of the league – Leicester City should be on the end of a hiding tonight as Arsenal look to put the North London derby behind them and get back to winning ways in style.