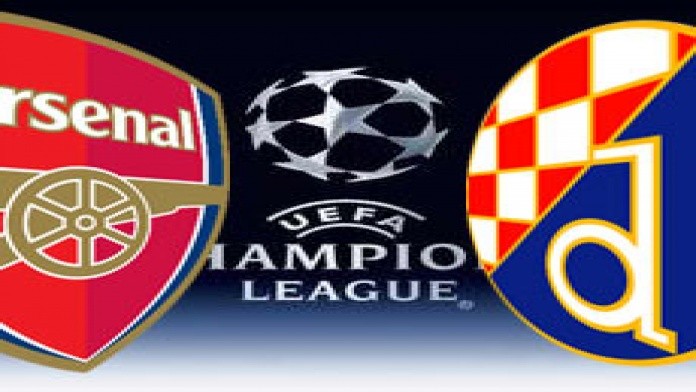 We head into the Champions League Match Day 5, where Arsenal 3rd in the Group F with just 3 points, six behind Bayern Munich and Olympiakos, must win to keep their hopes of qualifying to the knockout stages alive for the 16th year in succession.

The Gunners have to win this game and hope Olympiakos lose to Bayern Munich. The pressure is huge. Enormous.

Arsenal are heading into this match on the back of a shock 2-1 defeat against West Brom on Saturday. The preparation, if anything, has been hardly ideal.

The squad has been badly ravaged by injuries with as many as eight senior / key players are missing out for this tie.

It is on this backdrop of both internal and external impediments, Arsenal look to turn their vicissitudes on Tuesday night. The thing is the Gunners are bloody good in doing the unthinkable, when they find themselves with their backs against the wall.

In the corresponding fixture, Arsenal lost 2-1 at Zagreb. The Croatian club may have struggled in Europe, but they hold an impressive record in the league.

Sitting 2nd behind Rijeka, Zagreb have lost only twice this season in the league. Zoran Mamic’s side went through a rough patch in October, failing to win in four games out of five in all competitions.

However, they have returned to their winning ways, after beating NK Istra 1-0 before the international break and Slaven 1-2 last Friday.

Zagreb can still qualify to the next round, should they win their next two matches against Arsenal and Bayern Munich.

However, the chances are very slim, keeping in mind their unimpressive Champions League record so far where they lost their last three matches.

Betting on the nail-biting action will only intensify the fixture for those watching, with new revolutionary betting website Betfect the ideal accompaniment to the game.

Here is the team news, lineups and stats for this game as well Soccerlens’ prediction after analysing Betfect.

Arsenal were rocked with double injury blows on Saturday at the Hawthorns as the Gunners lost Francis Coquelin and Mikel Arteta in their 2-1 defeat to West Brom.

Coquelin suffered a ligament injury which would rule him out for at least two months, while Mikel Arteta is also facing a lengthy lay off on the sidelines with calf problems.

Mathieu Flamini, who came on as a sub against the Baggies, is likely to partner Santi Cazorla in the middle of the park. Aaron Ramsey could be included as well, after the Welshman made a swift return to training ahead of the match.

Josip Pivaric will miss the trip to the Emirates through suspension after being sent off in GW4. Arijan Ademi has been hit with a four-year ban for failing a drug test after Zagreb’s 2-1 win over Arsenal in the reverse fixture.

1 – Arsenal have won only once in their last five matches.

5– Dinamo Zagreb have lost five times in their last 10 matches in all competitions.

9 – Olivier Giroud has score nine goals in last 11 games for club and country.