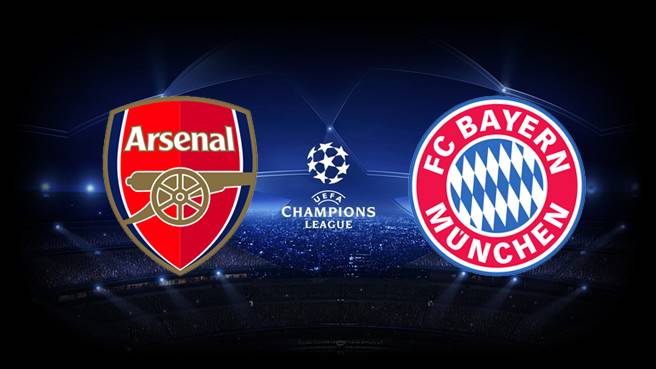 Arsenal have reached the knockout rounds of the Champions League for 12 years in a row.

After an abysmal start to their Champions League campaign, Arsenal have somewhat steadied the ship and found some form in the league.

The Gunners have looked impressive against Manchester United and Watford and they will be hoping to carry that momentum into Tuesday’s match against Bayern Munich.

Meanwhile, Bayern Munich are probably the most in form side in all of Europe at the moment. The German champions have demolished their opposition home and away.

Guardiola’s side have scored 37 times in their last 11 games and have conceded just 4. Polish striker Robert Lewandowski is in the form of his life and has already bagged 23 goals this season for Bayern Munich and Poland.

Arsenal against Bayern Munich has been a common fixture in the Champions League since 2013. The two sides have met in the knockout rounds twice and both times Bayern have been victorious over two legs.

With Arsenal needing a win tomorrow, Wenger will be fancying his chances considering how his side have performed against Bayern Munich previously.

Although Arsenal have struggled to replicate that at home, Wenger will know that his team have it in them to cause an upset.

Arsenal are a much better side now and have looked like a well organised unit at the back. Their defensive solidarity will be the key against one of the most lethal attacking units in world football. 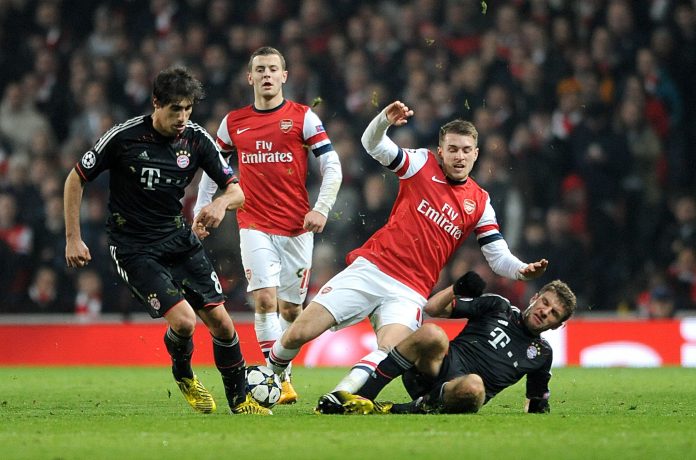 Apart from the long term injuries (Jack Wilshere, Rosicky and Welbeck) the only worry for Arsenal is the Brazilian centre back Gabriel.

The former Villarreal defender missed Saturday’s victory over Watford with an injury.

Arsene Wenger is hopeful that the Brazilian will be able to join up with the squad and fight for his place against Bayern Munich.

Olivier Giroud will be back in the squad after serving his suspension for the red card against Zagreb.

Also Wenger will be hoping to bring back Petr Cech after a shocking display from Ospina against Olympiakos.

The former Chelsea keeper put in a match-winning display against Bayern Munich in the 2012 Champions League final and Arsenal will need a similar performance from him again.

As for Bayern Munich, Guardiola will be without wingers Franck Ribery and Arjen Robben. The likes of Mario Gotze, Holger Badstuber and Medhi Benatia are also unavailable. The only injury boost is the return of Kingsley Coman.

Bayern Munich have won in their last two visits to the Emirates. The Germans have lost just once in four matches against Arsenal since 2013.

Arsenal have conceded 7 goals in 4 games against Bayern Munich at home.