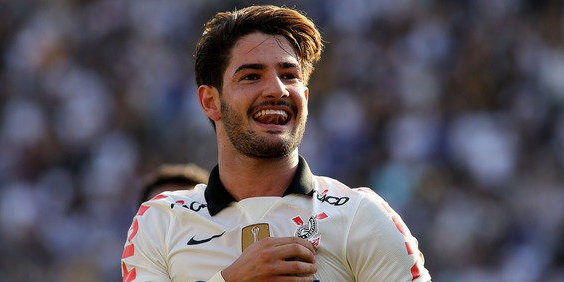 The biggest test of this young Arsenal side will be the busy month of December, and they will continue to rely on their only recognised/viable striker, Olivier Giroud, to lead the line, despite growing concerns of fatigue.

With the January window fast approaching, Wenger will be entering into it primed to find attacking reinforcements to support Giroud; with reports from Brazil today claiming the club had an €8m offer for Alexandre Pato rejected by Corinthians.

According to Brazilian website, ‘Lancenet’, the Gunners have already started to push ahead with their transfer plans; with the former AC Milan forward the subject of an early bid.

The Brazilian only moved to the Sao Paulo-based outfit last January, having spent an injury hit six years in Milan. Pato has since struggled for form in his native country, and despite having netted eleven goals in nineteen games this season, he has only started three of his sides’ last eleven league games. 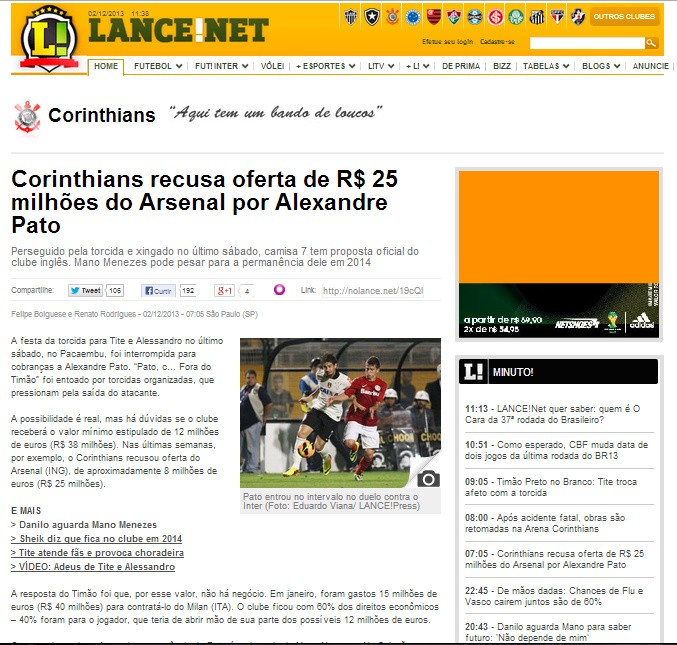 Despite his questionable form of late, Pato has international pedigree and is still somehow only 24-years-old. While not a target man, and with suspect passing at times; Pato’s strengths are in his direct play, quick reflexes, and fast dribbling. He is able to play anywhere across the forward line, and could arguably even play in tandem with Giroud.

Indeed, Pato was one of the five players we at Soccerlens considered to be potentially excellent January signings for the club.

Currently suffering in the relative obscurity of the Brasileiro, Pato should jump at the chance to return to Europe/relevance; and would surely be willing to take a pay-cut.

The €8m starting bid is not too far below Pato’s current €12m market value; but Corinthians will want adequate payment for a striker they shelled out €15m for only eleven months ago.

With a daunting fixture list ahead of them, and the need for reinforcements come January; Arsenal fans will be praying to come out of the other side of December relatively unscathed, so as to snare a striker such as Pato, and push on in search of glory.

In the other transfer news, Italian giants Roma are chasing Barcelona youngster Tonny Sanabria, who is a reported target of Arsenal. 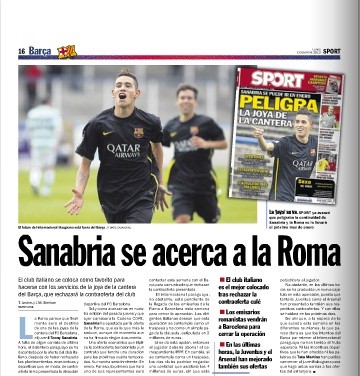 The Paraguayan striker’s current contract with Barca is due to expire on June 30th 2015, and he has a release clause of €3m. Last week, Mundo Deportivo reported that the player would decide his future next week, and the player is to close to leaving the club.

According to Catalan based newspaper, Sport, Roma’s proposal is three times better than than Barcelona’s while Sanabria’s agent will contact the Catalan club to inform about their decision. The report says, Roma are willing to conclude the deal as a normal transfer rather than paying his buy-out clause and the club may negotiate through a proposal of €4m, in that way, the player wouldn’t have to pay the IRPF tax from his pocket.