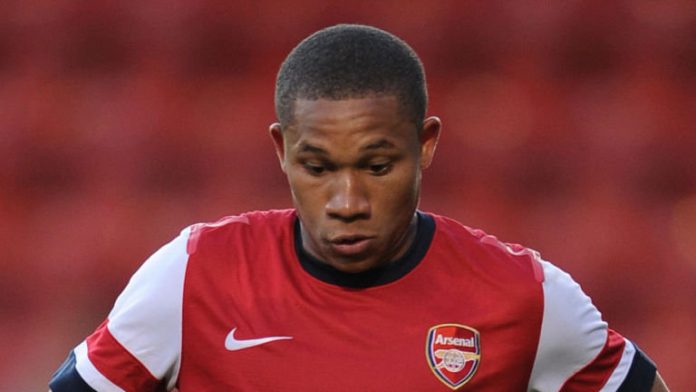 The 22-year-old joined the Gunners in 2011 from Brazilian club Fluminense for a paltry fee of €4m. However, due to work permit issues, he hasn’t been able to feature for Arsenal yet, and has spent all these years plying trade on loan elsewhere.

The last two seasons, he has been plying in Spain, first with Murcia and later for Almeria. In the 2014-15 season, he put up an impressive performance for Almeria, where he managed six assists to his name in 31 league appearances.

The report comes as a bit of shock and surprise to us, as earlier this month, reports emerged from Spain, that La Liga side Real Betis were in talks with Arsenal over signing the winger on loan.

Arsene Wenger cannot guarantee him regular football at the moment, with Arsenal boasting an avalanche of attacking forwards in their ranks, as a result another loan move was sought the best possible scenario for the Brazilian forward.

The Frenchman wanted the youngster to stay in England (easier for Wenger to keep an eye on his progress) and that’s why the Brazilian has opted to play for Bolton, despite strong interest from Betis.

Bolton boss Neil Lennon confirmed the signing after their 1-0 defeat to MK Dons.

“Silva should have been playing tonight but we missed the registration time by three minutes,” Lennon told BBC Radio Manchester.

“He would have made a big difference to the way we wanted to play, so he will definitely come into contention on Saturday.

“We think he is a good player and will make us better.”