Arsenal manager Arsene Wenger thinks he has too many strikers at disposal and therefore is planning to offload Lukas Podolski and Joel Campbell, when the transfer window opens in January.

Both Podolski and Campbell have struggled to get regular games this season, and have dropped down the pecking orders at the club. According to Matt Hughes of The Times, Wenger concluded that his squad contains too many strikers, with Olivier Giroud, Danny Welbeck, Yaya Sanogo and Alexis Sánchez, while it is central midfield and central defence where the investment is needed immediately.

Wenger planning to sell Podolski and Campbell as part of January overhaul at #Arsenal http://t.co/p35oBS9CCz

Wenger feels that with the strike depth he has at the moment, he can still do without the services of Podolski and Campbell, as both Welbeck and Sanchez are capable of operating as a striker upfront. Hughes writes that both the strikers have had no shortage admirers in Europe.

The pair have still attracted plenty of interest despite their limited game time, however, with Inter Milan and Cologne competing to sign the Germany player and Swansea City, Everton and West Bromwich Albion chasing Costa Rica’s World Cup star.

Podolski recently gave an interview with German newspaper Bild, where he made it clear that he is not happy at Arsenal.

“It is clear in any case. Something has to happen. It can not go on like this. I’ll sit out my contract at Arsenal under any circumstances.

“There was for me, even in summer deals clubs already seem to be able to assess what a Lukas Podolski is worth to them..”

“Still I am at Arsenal under contract, nothing happened. I, too, must me now ask ‘Is it perhaps me this I must now draw my conclusions?”

Joel Campbell, who impressed during the World Cup with Costa Rica, has also struggled to get regular games, and only managed 37 minutes of action in the league. Wenger said that he would love to keep Campbell, but it is difficult for him to provide the forward regular game time.

Arsenal are looking to offload them permanently, rather than sending on loan, and the Frenchman is planning to use the money to bolster his defensive resources. Wenger has been given a transfer budget of £20 million to spend by Arsenal’s board next month, but it is highly unlikely he will use the full money, rather the Frenchman is likely to go for a short-term option.

Last January Arsenal signed Kim Kallström on loan, and Wenger will be hoping to do such type of business again to sign any good defender. 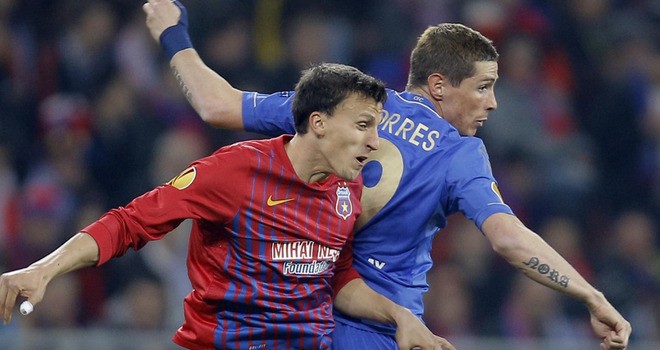 And Tottenham Hotspur’s Vlad Chiriches could be one of the possible targets for the Gunners. According to reports from Corriere dello Sport, Spurs are looking to offload the defender, who has only made 295 minutes of league appearances this season.

The 25-year-old is likely to move elsewhere in order to get regular games and has been linked with several top European clubs like Roma and Schalke 04.

CDS claim that Roma have already made contact with Chiriches’s agent, while Napoli and Inter Milan are also likely to make moves for the Romanian defender.