Newcastle United midfielder Moussa Sissoko has openly revealed his admiration for Arsenal, claiming Wenger can give him a call, if he needs him, writes Gary Jacob of The Times.

Moussa Sissoko: “If AW calls me, I’ll have a man-to-man talk with him & we’ll see what happens. #AFC have always been the club of my heart.”

Sissoko has scored eight goals since he joined Newcastle from Toulouse couple of years ago, and has firmly established himself as one of the key members for the Magpies as also for the France national team. Early this month, reports surfaced in the French media that Arsenal have opened negotiations with the French midfielder, who would cost around £15m.

Last week Eurosport claimed that PSG are in an advanced talk to sign the Toon midfielder. The only stumbling block remained for the French champions is, they need to sell, before they can think of buying.

However, Lee Ryder of The Chronicles claimed that Newcastle haven’t received any bid from the French champions, while Le Parisien journalist Julien Laurens rubbished such rumours.

Latest on Moussa Sissoko: there has been no contact with PSG or between PSG and Newcastle for him. And PSG can only sell first before buying — Julien Laurens (@LaurensJulien) January 6, 2015

Sissoko has been outstanding for Newcastle for the past two seasons. Not only has he made more key passes (98) from open play in the PL since August 2013, in terms of creating chances, he is only behind the likes of Hazard, Sterling and David Silva in the league, via whoscored.

Moussa Sissoko: Only Hazard, Sterling & Silva have made more key passes from open-play in the PL since August 2013 than Sissoko (98) #nufc

Sissoko now has hinted that he could be the answer to Arsenal’s need for a defensive midfielder, and based on what he got (from several translations), he has openly delivered a come-and-get-me-plea message for Wenger.

Wenger needs a defensive midfielder, either in the January transfer window or next summer, but he has always maintained that he will only buy someone, if the right target is available in the market, and that too at the right price.

Arsenal have an avalanche of attacking midfielders at their disposal, but it is the midfield zone that lacks a bit of bite. Although star players like Flamini, Ramsey and Arteta will be returning to the side shortly from injuries, Wenger may still need a strong midfielder to bolster that area.

Sissoko is certainly the type of player who could leave a big impact for them and if Arsenal can lodge a big offer it could be too tempting for Newcastle to put it down.

It is unknown whether PSG at all need him and also there goes a suggestion whether he can at all improve their star-studded squad, despite him possessing experience, pace and power.

Arsenal have missed a physical player in the midfield for a long time since the days of Vieira and Gilberto, therefore, a move for Sissoko, who is equally comfortable with the ball and good at distribution, should be an ideal man for the Gunners. 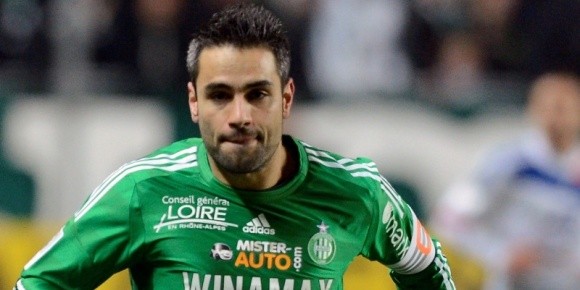 In case Arsenal do not make for the Newcastle midfielder, they could turn their attention to Saint-Etienne midfielder Loic Perrin, who claims to be aware of Arsenal’s interest via his agent.

“I have always said that Saint-Étienne was my club and that if I left, it would not be to leave, but to take the next step and find something else,” Perrin said. “When it comes to Arsenal, we do not talk about [just] any club.”

The 29-year-old versatile midfielder, who can also play in defence, would be a reserve choice for the London giants, in case he makes a move.