Arsenal target Marco Reus with Sanchez’s future in the balance 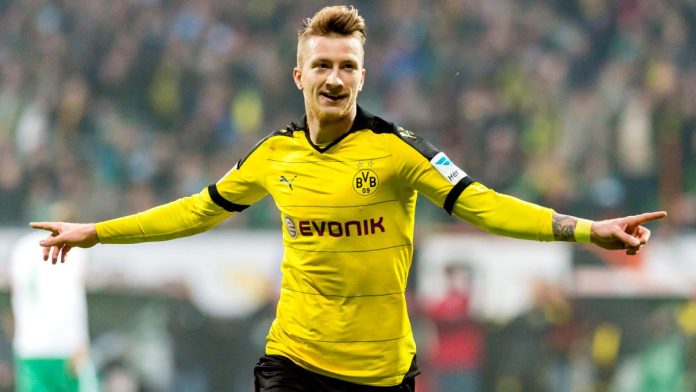 Arsenal may have started preparing for life without their superstars Alexis Sánchez and Mesut Özil. The club is currently under negotiations with the duo to extend their contracts beyond 2018, but no agreement has been reached yet. The major issue is the wage being offered. It has been reported that Sánchez and Özil have been offered contracts worth £180,000-per-week. Both of them are looking at amounts greater than £200,000-per-week.

It has been reported by The Telegraph that Arsenal could be considering a bid for Borussia Dortmund‘s Marco Reus, if they are unable to keep either player. The German winger could be a like-for-like replacement for either, and has a fantastic scoring record in the Bundesliga. The 27 year-old has been targeted by a whole host of Premier League clubs in the past couple of seasons, but the move to England has somehow never materialised.

Arsenal have had a difficult week, losing to Everton and Manchester City after taking the lead on both occasions. They have gone from being top, following their win over Stoke City last Saturday, to fourth. There is an air of “same old, same old” among the supporters, as the Gunners now find themselves 9 points behind leaders Chelsea. The mental strength which has eluded the team for so long has been absent this time around as well, as they continue to fail the big and important tests that come their way.

Sánchez has been phenomenal since joining from Barcelona in 2014. He has scored 41 Premier League goals in 82 appearances, including 12 this season. He is second only to Diego Costa in the top-scorers list.

Despite these facts, he has only one FA Cup to show during his time at the Emirates. The club must show a lot more ambition, both in the money offered to him, and in their approach in winning trophies, to convince him to stay. If not, he’ll follow a long line of players including Robin van Persie, Ashley Cole, Samir Nasri, and Cesc Fàbregas who left North London for greener pastures.