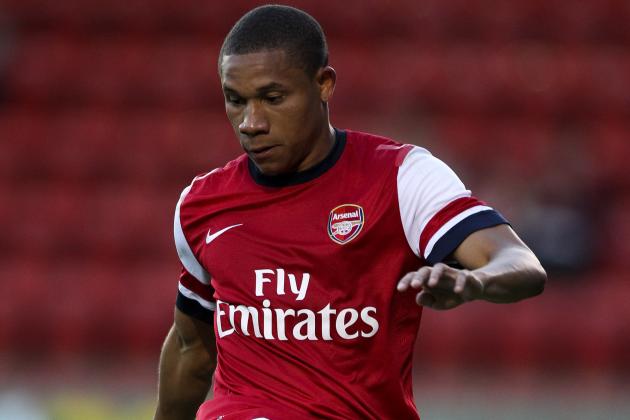 La Liga club Real Betis have opened transfer talks with Arsenal regarding the signature of Wellington Silva, according to reports from Sevilla based newspaper Estadio Deportivo.

Wellington joined the Gunners in 2011 from Brazilian club Fluminense for a reported fee of €4m. However, the 22-year-old has yet to make any first team appearances for the Gunners, and has spent all these time plying trade on loans elsewhere.

The Brazilian winger, who can also play as a second striker, didn’t get “Special Talent Visa” work permit to continue with Arsenal when he first arrived, as a result he was sent on loan immediately. The last two seasons, he has been playing in Spain for Murcia and Almeria respectively. Last season he put an impressive performance for Almeria, where he made 31 appearances and managed six assists to his name.

Arsense Wenger has faith in the youngster but at this moment he cannot guarantee him regular first team football. As a result, another loan move to Spain is the best possible solution for the youngster’s development.

The report claim that Betis have started negotiating with Arsenal over the transfer, but the problem is there are other interested parties as well (mainly Premier League clubs) who are equally keen to sign him. Wenger would definitely prefer the youngster to play in England at the moment and get accustomed with the nature of the league.