Arsenal and Tottenham Hotspur’s hope of signing Lazio playmaker Hernanes has suffered a blow after the Serie A club’s sporting director Igli Tare revealed that the Italian outfit are keen on keeping the player at the Stadio Olimpico. 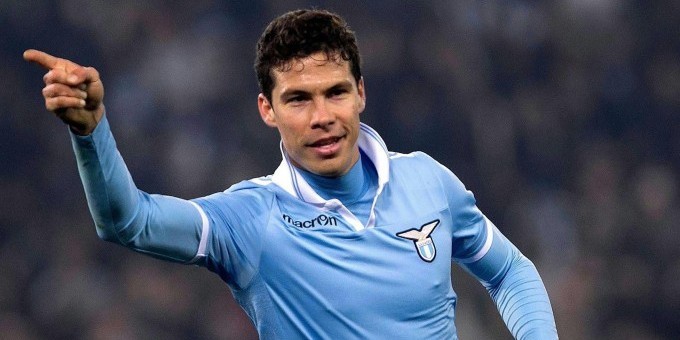 The Daily Star reports the Brazil international has been a transfer target for North London clubs as Arsene Wenger and Andre Villas-Boas were keen on signing Hernanes in Janaury.

The playmaker’s contract with Lazio runs down at the end of the season and talks over a new deal have not been fruitful until now. However, Lazio are confident of keeping Hernanes in Italy and are in no mood to let their star player leave the club in the mid-season transfer window.

The Brazilian had an impressive spell during the previous campaign, where he found the back of the net 11 times while created four more chances in 30 Serie A appearances for Lazio. This season, Hernanes has scored two goals from six league appearances.

Lazio sporting director has admitted the player and his agent have always given him a positive sign that the Brazilian is keen on continuing in Italy. However, Tare’s words are yet to become reality as Hernanes has still not signed an extension with his current employers.

“Despite his inconsistency, Hernanes remains a fundamental player for us. You just have to think back to the goals he has scored. Every time that I have spoken to him or his agent, I have been given the impression that he sees this as his home,” Tare told Corriere dello Sport.

“He knows what Lazio can give him, what he can have in Rome. It is vital for us that we can guarantee him an important team. You never know what will happen in life and one day he could move somewhere else, but that day is still a long way off.”

With Tare’s latest remarks it is unlikely that either Arsenal or Tottenham would be able to sign Hernanes in the January transfer window. However, should the Brazilian midfielder deny signing a contract extension with Lazio, it could see the player leave for nothing next summer.