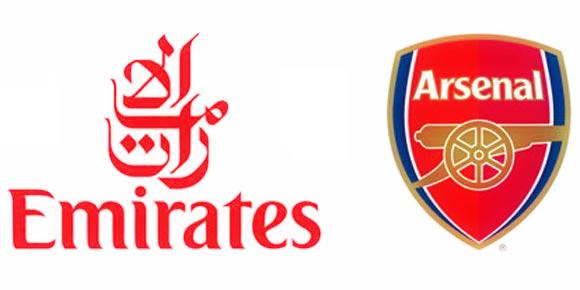 Arsenal will receive £30 million per year until 2019 following the news they have extended their current shirt sponsorship deal with Emirates.

The news means that Arsenal and manager Arsene Wenger can expect to look forward to around £60 million in available transfer and surplus funds over the next two seasons before Wenger’s current contract expires.

The news has two major positives for Arsenal. It puts them in a great position ahead of the new break even financial fair play rules and means they have a guaranteed form of back door income over the next seven seasons.

Under the old deal Arsenal were generating around £6 million per year through shirt sponsorship which means the club will now have £24 million per season, minimum, to put back into the team and the club.

Arsenal are in this position because of the sound way the club has been run in a financial sense. Chief Executive Ivan Gazidis recently said the club were putting plans into process which would allow them to compete with any side financially in terms of attracting players over the next five to ten years.

Arsene Wenger has often been criticised for the way he has approached the transfer market for not spending money which Arsenal have available. He now has extra muscle power in this area if he decides to stay at the club beyond the 2013/2014 season.

One of the fundamental reasons that key players have left Arsenal in recent times; Cesc Fabregas, Alex Song, Robin Van Persie to name just a few, is the fact that the wage structure at the club has not been as strong as at Manchester United, Chelsea or Manchester City.

This extra £24 million per year can be used partly to supplement an increase in player wages in an attempt to keep the best players at Arsenal in the hope that the club can get recent success back.

The future looks very rosy for Arsenal financially. The stadium has been paid for and this news only strengthens the club’s financial power over the coming seasons. The news could prompt key player Theo Walcott to sign a new contract.