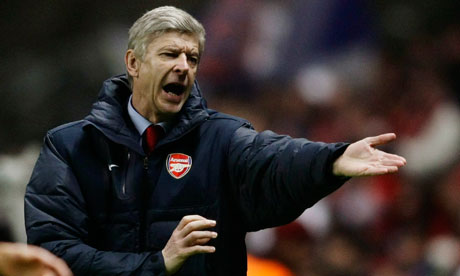 Cesc Fabregas was overtly forthcoming in his love and admiration for Arsenal as he left for boyhood club Barcelona. His sentiments were admirable and no doubt appreciated by many an Arsenal fan sympathetic with his situation, but ultimately it was of little consolation as their club lost a genuinely world class player. In the case of Samir Nasri the feeling was more one of “this lot have got more money, so I’m off,” than of a heart wrenching departure. Nevertheless, the outcome was the same and Arsenal had lost another of their stellar performers.

Consistent with recent summers there appeared to be no rush on Arsene Wenger’s part to plug what seemed glaring holes in his squad, a decision even more startling considering the long-term injury of home-grown replacement Jack Wiltshire. By the first game of the season as the sense of Wenger’s contentment with his squad grew it seemed more than reasonable to hypothesise that Arsenal’s season held little promise, consistent with the predictions of most bookie reviews.

August 28th 2011 is a date that will be forever painfully scorched in the minds of Arsenal fans. An extremely inexperienced Arsenal team were demolished 8-2 at Old Trafford by a team they had sparred so evenly and intensely with in the first half of the decade. The immaturity of this inexperienced outfit was ruthlessly exposed by what has proved to be a good but not exceptional Manchester United team. Arsenal were left with 1 point from their first 3 games and were effectively out of the title race before summer had even passed.

Wenger had undoubtedly paid the price for his transfer inactivity and the response was immediate. On the face it a sign of encouragement however, what followed raised as many concerns as it appeased.Arsenal’s transfer dealing’s had more an air of a frenetic January Sales smash and grab than one of a series of calm, considered and calculated investments.

Wenger who had become notoriously reluctant to delve into the Emirates coffers was suddenly spending in excess of £25 million pounds on three arguably unconvincing signings.  The additions of Mikel Arteta, Per Mertesacker and Andre Santos aswell as the loan of Chelsea squad player Yossi Benayoun were not in the same bracket as the aforementioned departures and thus, hardly a rousing a statement of intent by the North London club.

Yet, bodies were needed badly and Arsenal proceeded to win 8 out of their next 9 league games parallel to good results in the Champions League, eventually culminating in qualification for the last 16. This had come as a result of a more direct style of football as Arsenal looked to get the ball up the field quicker, with fruitful consequences due to the scintillating form of Robin Van Persie.

Arsenal had, albeit with initially positive results, substituted style for substance and no doubt disconcertingly for Gunners fans; North London rivals Tottenham had now taken the mantle as the Purist’s choice with significant success. More worrying though was the fact Arsenal won just 4 of their next 10 league encounters, including 3 defeats in a row in January, and also exited the Carling Cup following defeat to Manchester City.

Wednesday night at the San Siro once again illustrated how large the gap has become between Arsenal and Europe’s elite as Arsenal were crushed 4-0 and a third trophy was (barring a miracle) struck from the list. Once again Arsenal defended poorly and with immense immaturity. Attacking players such as Aaron Ramsey and Theo Walcott, trusted by Wenger with Arsenal’s creative duties in the wake of messrs Nasri and Fabregas’ departures, looked completely out of their depth and as a result Arsenal were rendered toothless. Arsenal toothless? That was a trait unthinkable in Wenger’s previous Arsenal teams much revered for their attacking prowess.

Of course the retort to the aforesaid is that it’s only February, Arsenal sit fourth in the league and are still in the F.A. Cup. But that is the sad fact when considering Arsenal, their failings have become predictable, more so with each year, and excruciatingly so for gunner’s fans. Obviously Arsenal may win the F.A. cup but equally, and due to their often exposed mental fragility more likely won’t. Clearly, champions league qualification is far from guaranteed also and even if achieved is that a successful season? Is finishing fourth inferior to their bitter rivals Tottenham in both style of play and league position a successful season?

Undoubtedly, the revenue and kudos Champions League football brings is immensely desirable, yet, conversely, Arsenal seem at a loss to take advantage of such benefits. Exactly why a team third on the Forbes list of most valuable soccer teams, with revenues of $336million at the last count, is consistently reluctant to invest on improving the teams playing staff is a question requiring an article of its own for worthy analysis to be conducted.

The fact is that Arsenal must invest both significantly and shrewdly. Wenger has proven in the past that he has an incredible ability to spot potentially great players and Arsenal have both the stature and, it would appear, money to buy already established top level performers. Wenger must simply be willing to renege on his apparent reluctance to enter the transfer market because if he does not Arsenal may once again enter the new season feeling that all is most probably already lost.