Arsenal received a huge boost in their race for finishing in the top four yesterday, as Everton lost 3-2 at the hands of Crystal Palace at Goodison Park.

Everton’s loss leaves Arsenal in 4th place, one point above the Toffees, and although Wenger is pleased with the league position, the Frenchman says “there’s a lot of work to do for us.” 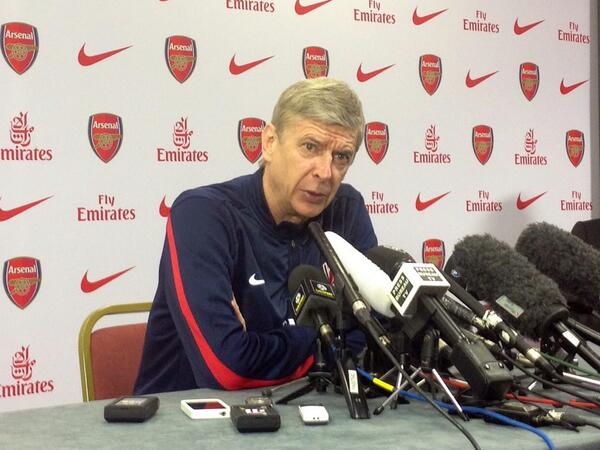 It looked all doom and gloom for the Gunners after their 3-0 defeat at the hands of Everton in the first week of this month, but with two important victories (FA Cup win against Wigan & victory at home against West Ham) under their belt, Wenger is feeling confident ahead of their away trip to Hull City.

Hull are currently lying in 13th place, with 36 points. However, the highlight of their season is their FA Cup journey, having reached the final after beating Sheffield United.

Wenger has praised manager Steve Bruce, saying – “He is one of the remarkable managers of the season. They are safe and he has reached final… remarkable achievement.”

Wenger has insisted left back Kieran Gibbs will be out for this tie through injury while Spaniard Nacho Monreal could return in his place.

Midfielder Mathieu Flamini could be back as well after serving his two game ban, but the biggest news is German superstar Mesut Ozil could return after a lengthy injury lay-off, should he pass the fitness test.

Ozil hasn’t featured for the Gunners since he picked up a hamstring injury against Bayern Munich in the Champions League at the Allianz Arena.