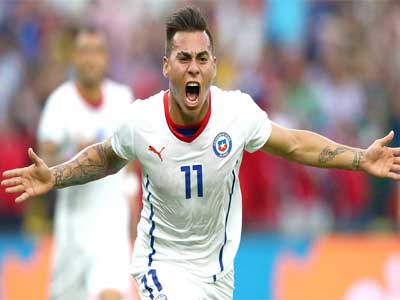 Napoli’s Eduardo Vargas has completed a move to Premier League new-boys Queen Park Rangers, Italian website Gianluca Di Marzio has reported. The Chilean forward will have a medical tomorrow and apply the finishing touches to his loan move. QPR have a subsequent option to buy the 24 year-old for €10 million.

Soccerlens reported yesterday that Vargas was close to sealing a deal to the Premier League, with Sunderland and QPR being the favourites to sign him. Arsenal were also said to be interested in signing the versatile forward, but no deal materialised. It is understood that the defining factor in Vargas joining QPR is fellow Chilean Mauricio Isla, who has been signed by Harry Redknapp on loan from Juventus. 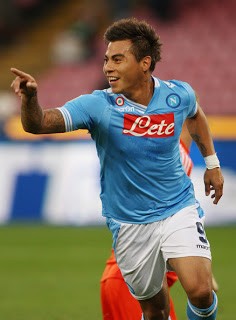 Vargas was a standout in Chile’s recent World Cup run to the Round of 16. He was one of the scorers in a 2-0 victory over Spain, in a game that saw the Chileans eliminate the defending champions and progress to the next round. Vargas has an impressive scoring record with his national team, netting 15 goals in 32 appearances for the South Americans.

QPR manager Harry Redknapp obviously feels the need to bolster the team’s attack, which came unstuck in its first Premier League outing of the season, losing 1-0 at home to Hull City.