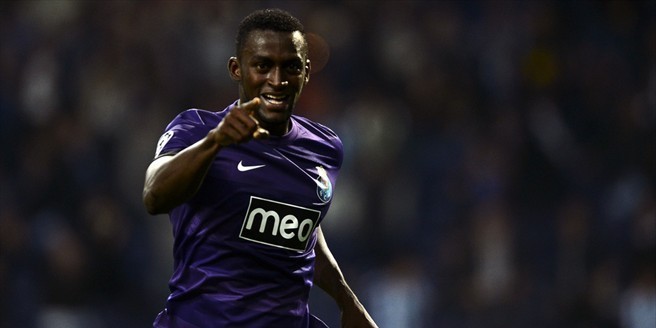 This is shaping up to be a crucial January transfer window for Arsenal. The news of Theo Walcott’s long-term injury has further increased the need for Arsene Wenger to buy a striker, and if reports are to be believed, he has wasted no time in compiling a list of potential targets.

The Daily Mail claims that Arsenal boss Arsene Wenger is still pursuing a loan deal for Real Madrid striker Alvaro Morata, and that the the Gunners have opened talks with the Spanish giants.

However, if the deal fails to materialise, then Wenger is reportedly willing to splash the cash so as to secure a top class striker for the second half of the season.

Jackson Martinez is said to be the number one backup choice, with the Colombian striker available for a rumoured £33.2m.

The 27-year-old has been linked with a January exit from current club Porto for a while now, with Chelsea also rumoured to be interested in the attacker.

Martinez has made no secret of his love for Arsenal and their style of play (as we discussed in this week’s ‘The Transfer Lens’), and it seems as though he would be willing to make a move,

I cheered for Arsenal when I was a kid – I love their style of play,’ said Martinez to reporters (via the Metro),

A move for Martinez looks to hinge on the immediate future of Morata, who Arsenal have been tracking for practically the whole of the winter period, but with little success.

While Wenger is refusing to give up on the 21-year-old just yet, the Frenchman seems determined to strengthen his attack this winter, with Atletico’s Diego Costa, Rubin Kazan striker Salomon Rondon, and former Chelsea man Salomon Kalou also rumoured to interest the Gunners.

What do you think? Who should Wenger go for ? Martinez or Morata? Let me know in the comments below…