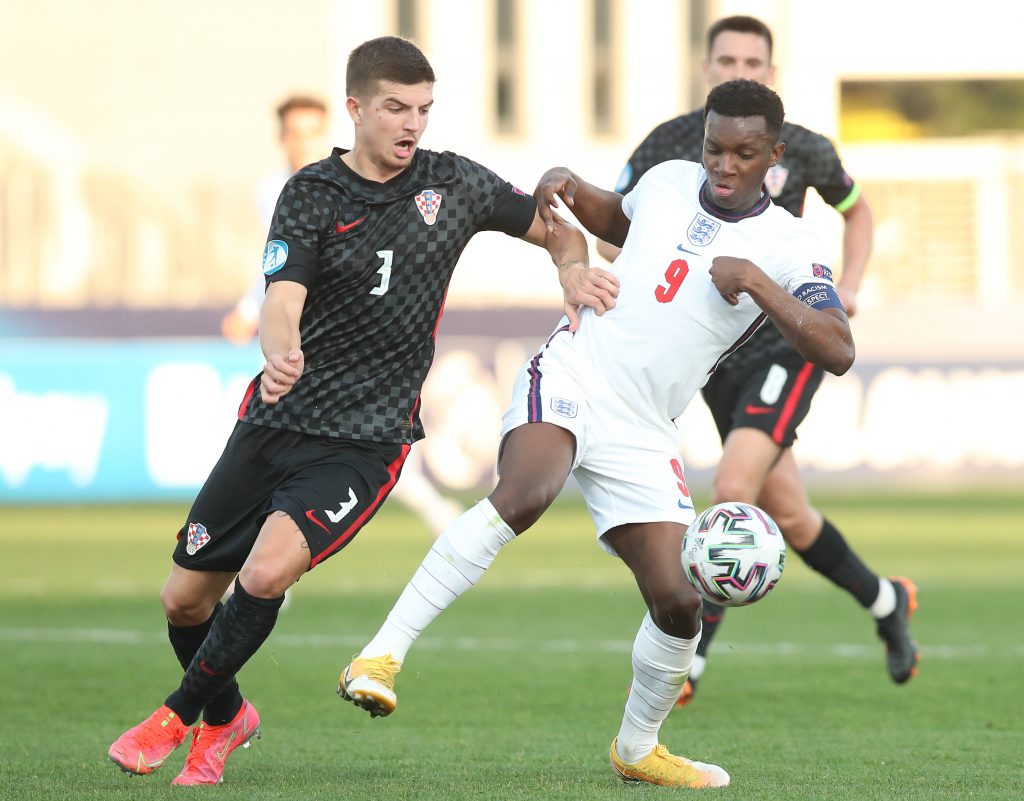 Arsenal striker Eddie Nketiah has taken to Instagram to react as England were dumped out of the European Under-21 Championship this evening.

While the young Lions secured a 2-1 win over Croatia, it was not enough as they needed to win by two clear goals to progress to the quarter-finals.

Aidy Boothroyd’s side suffered costly defeats to Portugal and Switzerland in their first two Group D games, and they had to beat Croatia by two goals and hope that the Swiss would lose to the Portuguese.

The Croats secured a place in the last-eight of the competition due to a superior goal difference, and the result left Nketiah heartbroken.

The Gunners academy graduate won a penalty for his side 12 minutes into the game, going down under the challenge of Bartol Franjic in the box.

Crystal Palace’s Eberechi Eze scored the spot-kick to give England the perfect start, and Liverpool’s Curtis Jones doubled his side’s lead with 16 minutes to play.

However, Lille full-back Bradaric pulled a goal back for Croatia in the 91st-minute, leaving Nketiah and his teammates disappointed.

The Arsenal forward took to Instagram after the game.

Arsenal resume Premier League action this weekend with a clash against Liverpool and Nketiah will be hoping to be involved.

The 21-year-old has started just three Premier League games this season, coming off the bench 11 times.

He has a league goal and an assist to his name and has played just nine minutes in the EPL in 2021.

In other news, Arsenal are planning to listen to offers for this £300k-a-week star this summer.