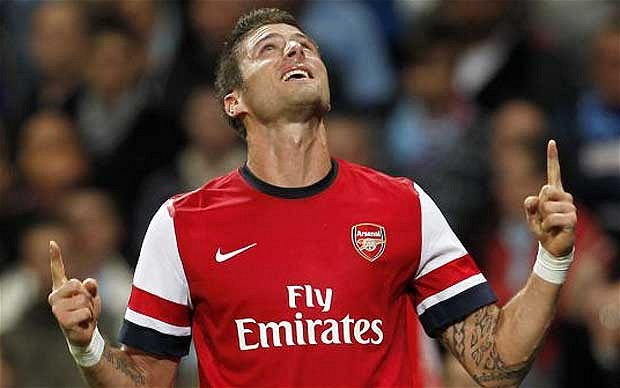 Arsenal striker Olivier Giroud has signed a new contract with the club until the end of the 2017-18 season, worth £80,000-a-week.

This contract will be worth more than £15 million to the player over the course of the three and three-quarter years he is signing for to stay at the Emirates Stadium.

Olivier Giroud is currently sidelined until the end of the year with a broken tibia but has been able to put pen to paper to a new contract that is set to keep him at the club until he turns 31.  The striker is celebrating his 28th birthday today.

A new contract and a hefty wage suggests that the French striker will be a big part of Arsène Wenger’s plans for the future despite growing unrest amongst some sections of support questioning his ability to lead a Premier League title challenge.

Olivier Giroud has scored 28 goals in 72 Premier League appearances since joining from French Ligue 1 champions Montpellier in the summer of 2012.