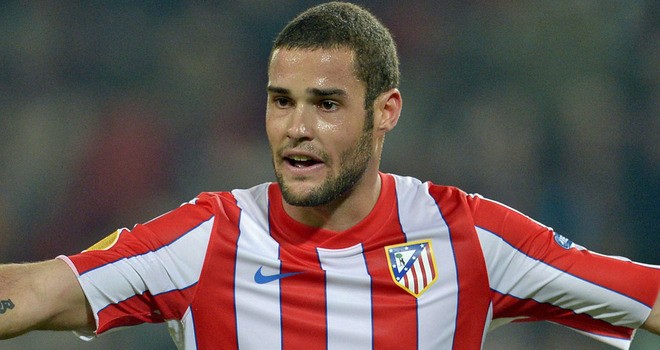 You read it right. Arsenal set to sign Mario Suarez, as per a reliable Spanish journalist, Eduardo Inda.

Arsenal could be in the January transfer market to sign a central midfielder. Arsene Wenger has an avalanche of strikers at disposal, but the Gunners boss is worried with the lack of depth in the midfield region.

Injuries to several top midfielders like Jack Wilshere, Aaron Ramsey and Mikel Arteta may force Wenger to delve into the transfer market.

“If you look at the number of games some players played and the injuries we have with Wilshere, Ramsey and Arteta, we are a bit short at the moment in midfield,” Wenger said, as quoted by The Guardian.

According to Spanish journalist, Eduardo Inda, Mario Suarez is set to join Arsenal in the winter transfer window http://t.co/TslrBnUIvK

According to a senior Spanish journalist, Eduardo Inda, Atletico Madrid’s defensive central midfielder, Mario Suarez, is set to join the Gunners in the January transfer window.

The 27-year-old has made over 100 league appearances since joining the club in 2010, but has struggled to cement regular position in the side. He has recently expressed his desire to leave as well, possibly that has sparked Arsenal to sign him on a short term deal.

The Gunners last season signed Kim Kallstorm on a short term deal, and could do such type of transfers again this winter.