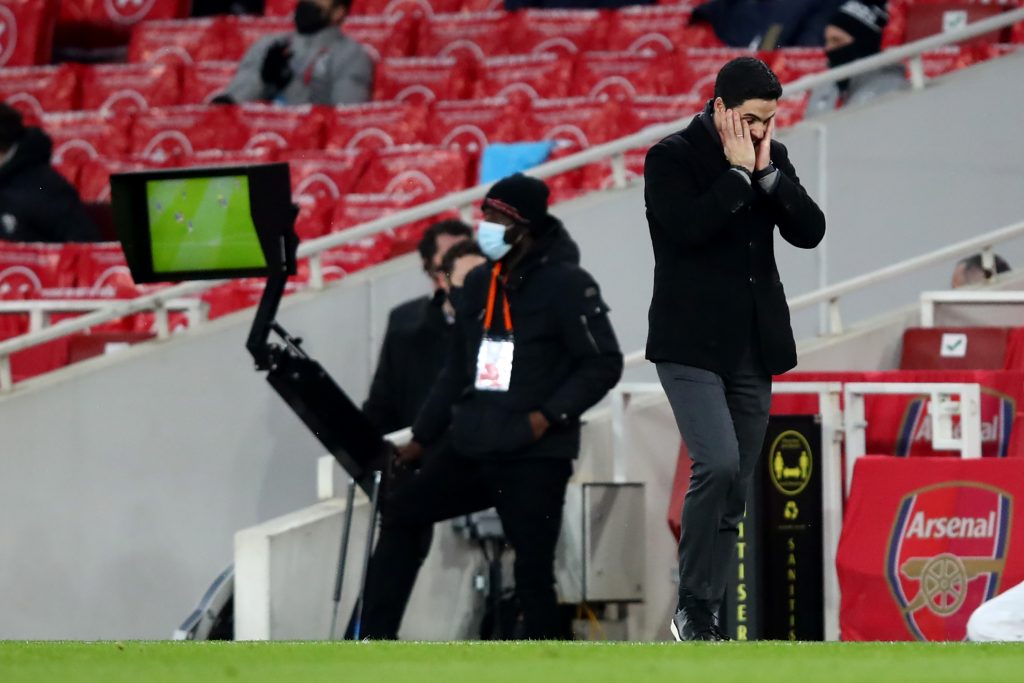 Alex Scott has delivered a damning verdict on Arsenal’s performances in the Premier League this season.

Speaking to Sky Sports following the Gunners’ 1-0 home defeat against Manchester City on Sunday, Scott questioned the lack of progress the club has made under manager Mikel Arteta.

“This Arsenal side are not consistent in their play,” said Scott. “Today you’re looking at (Martin) Odegaard – he was bang average.

“So you question the decision with (Emile) Smith Rowe not being selected ahead of him. I think we’re going to see Odegaard’s real qualities in the next couple of weeks.

“Is he good enough to be in this starting eleven of Arsenal or is this loan period going to be a short one?

“We want to see some signs of progress. We can sit here and keep saying it’s a transitional season and we’re waiting to see positives.

“But actually we need that to come to fruition now – it needs to be a regular thing, not a constant up and down. We need to see signs of more positivity with this Arsenal side.”

It is difficult to argue with any of Scott’s comments on the latest state-of-play at Arsenal.

Arteta inherited a mess at the Emirates Stadium, but you would be hard-pressed to say he has improved things.

The Spaniard has had three transfer windows to sort things out, yet many of the problems with the squad still remain.

Scott is spot on where Arsenal are concerned – they are falling way below the standards expected of a supposed big club.