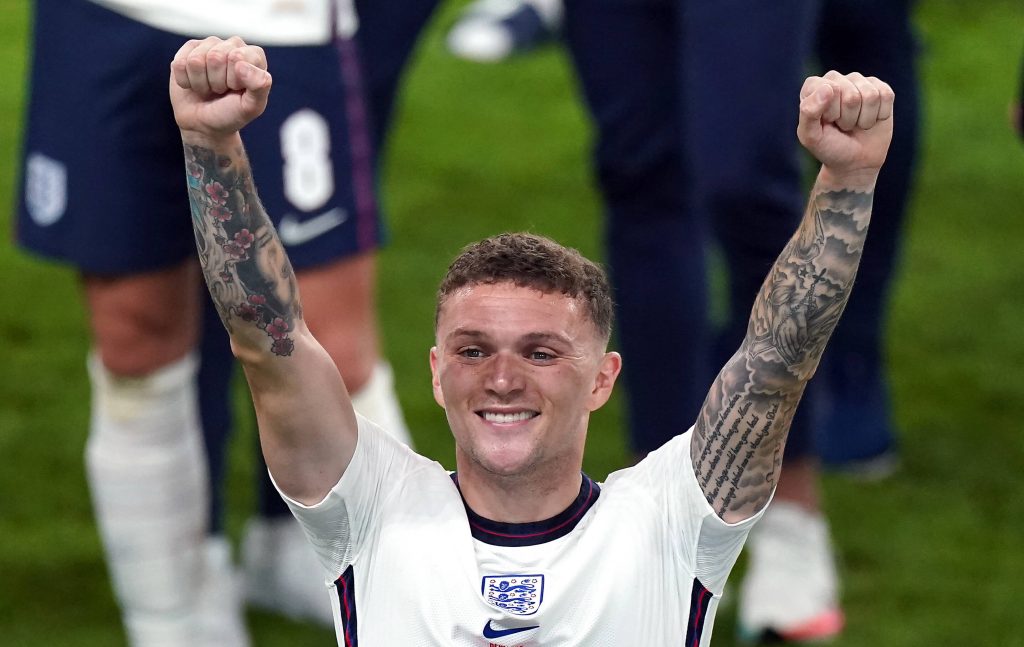 Arsenal are keen to sign Atletico Madrid ace Kieran Trippier as a replacement for Hector Bellerin, according to a report from The Sun.

The Spaniard is reportedly on his way out of the Emirates Stadium this summer.

And Mikel Arteta sees Trippier as a strong replacement for Bellerin.

The 30-year-old left Tottenham Hotspur to join Atletico for around £20 million in 2019.

Trippier has been a real hit in the Spanish capital, but he could now be set for a return to London.

The Sun claims that the Gunners are taking advantage of Manchester United’s dithering.

The Red Devils have reportedly been talking with Trippier’s representatives since before the European Championships.

However, they are only willing to pay £20m for the England international.

It must be said that £34m is an awful lot of money for a 30-year-old right-back.

Perhaps £25m would be a fairer price.

With Atletico in such desperate need to sell to meet FFP regulations, they could be tempted into accepting a lower fee.

The Englishman would certainly be an upgrade on Bellerin at the Emirates.

Read also: The door is now wide open for Arsenal to re-sign attacker.