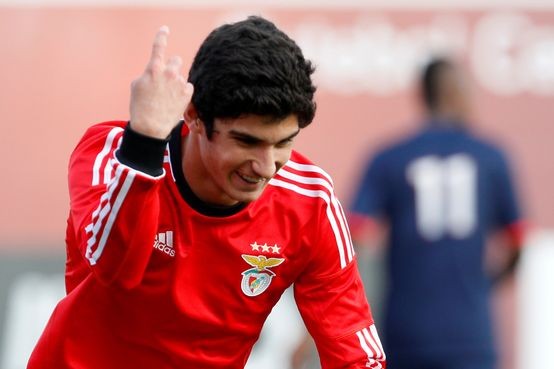 Arsenal are showing a “very close” interest in Benfica’s highly talented youngster Goncalo Guedes, but the Gunners could face a tough competition from German giants Bayern Munich. Portugal newspaper Record has published a report on it; an information they get it from Italian and German sources.

The report suggest that Arsenal have been monitoring the highly talented left winger for some time now, but could move early for him knowing the competition they might face from other European heavy weights.

The 17-year-old is thought to have a release clause of £55m, despite being played only 66 minutes of football for Benfica this campaign. To be honest, these sort of release clause hardly mean anything, as we have seen this summer, Sporting were willing to sell William Carvalho for a much reduced price despite of his £44m release clause.

German media TZ are suggesting that Bayern Munich are also showing an interest in the youngster as they see him as natural successor of Franck Ribery.

Let’s not get too excited at this moment. This could be a good PR stance from the Portuguese press, as we have seen before, they tend to hype around their hot prospects and this could of no exception to that ploy.

He is seen as an heir apparent to the throne of Cristiano Ronaldo (such is the hype surrounding him) but highly unlikely that the clubs would be willing to pay such high price on an unproven young talent.