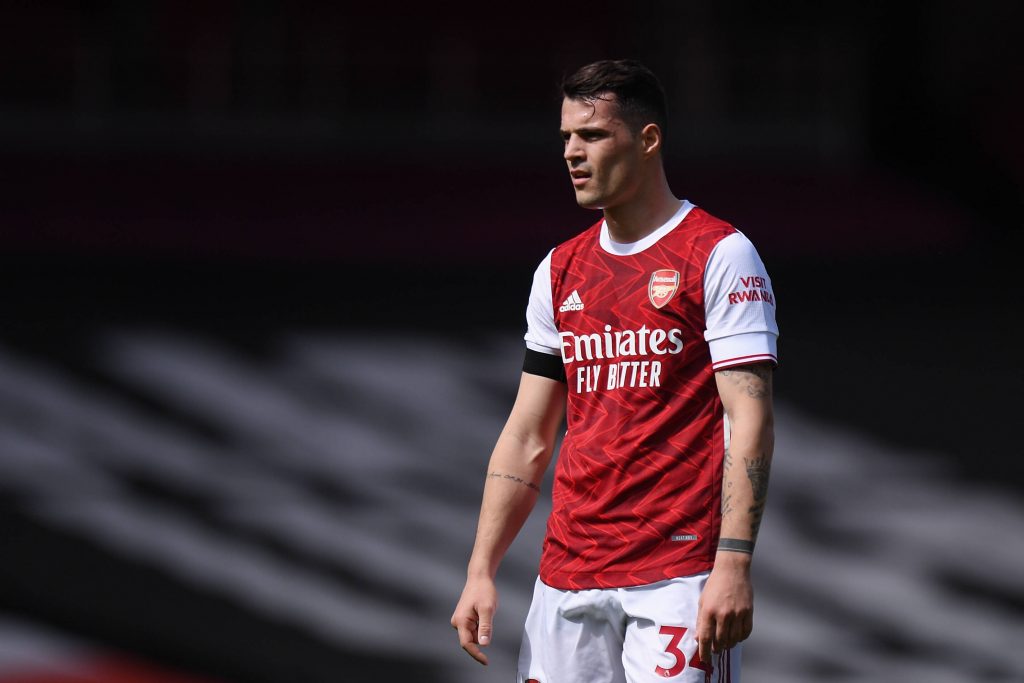 Arsenal are preparing a new contract offer for midfielder Granit Xhaka following Roma’s failure to sign him, The Athletic reports.

The Switzerland international has spent the past five seasons at the north London club, registering 220 appearances across all competitions.

It appeared that he could be heading for the exit door this summer with interest from Roma and Jose Mourinho, but nothing has materialised.

The Gunners obviously want to preserve his transfer value for the future, and they are now planning to reward the midfielder with a fresh deal.

The news has brought about a mixed response from some of the Gunners fans. Here are a few reactions on Twitter.

This is absolutely fine. A senior member of the squad. A great personality on the pitch and in the dressing room I'm sure. Xhaka x Partey partnership in front of the fans. Doesn't put TOO much pressure on Sambi early on. I'm fine with this.

Could be to protect his value. And I even doubt Xhaka would do that, so I’m staying clam

Fantastic news, he was our best CM last season, and his leadership qualities and experience counts for a lot, especially now Luiz has left.

This what I wanted. Our best midfielder no doubt, must keep him. Should be captain also.

Im cutting all ties with this club

This is the end.

The 28-year-old has received his fair share of criticism from fans due to his ill discipline and conduct on the playing field in recent years.

Despite this, he was the club’s most consistent midfielder last season and outperformed Thomas Partey, who struggled for form amid injuries.

Xhaka, who is currently on £100,000-per-week, has less than two years left on his contract, and the club appear keen on preserving his transfer value.

It was reported that he could make the switch to Roma earlier this summer, but the Serie A outfit have been put off by the €20 million price tag.

Xhaka’s stay could end the club’s pursuit of another midfielder this summer. The move could also help Albert Sambi Lokonga in his debut season.

He would probably continue to partner Thomas Partey. Lokonga could be slowly integrated into the ranks without the pressure of expectations.