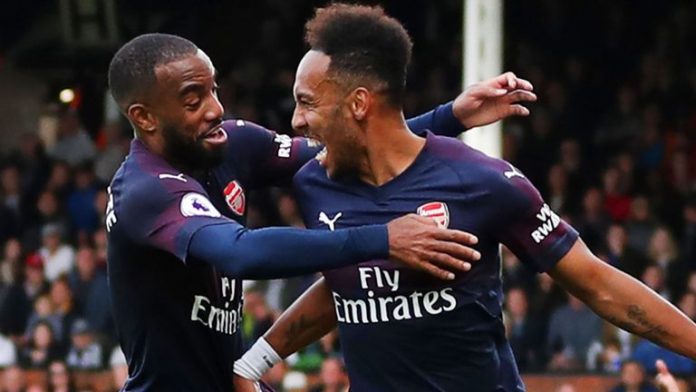 Arsenal manager Unai Emery has urged the club to secure the futures of Pierre Emerick-Aubameyang and Alexandre Lacazette.

The forward duo were both on target in the Gunners’ 2-1 victory over Burnley on Saturday to maintain the club’s unbeaten start to the new Premier League campaign.

Aubameyang scored 22 goals in the top flight last season, while Lacazette weighed in with 13, and Emery believes they are an integral part his Arsenal squad.

“They are very important players and their contracts need to be in the same balance,” Emery told Sky Sports.

“It’s one circumstance, one issue now, that the club is working on.

“Edu (Arsenal’s techincal director) is here for that reason. There’s also Raul (Sanllehi) and Huss (Fahmy) working with the players for that.

“It’s important for them, but my focus is on preparing the matches, each training session and making sure the players are focused and concentrated for us and on the work.”