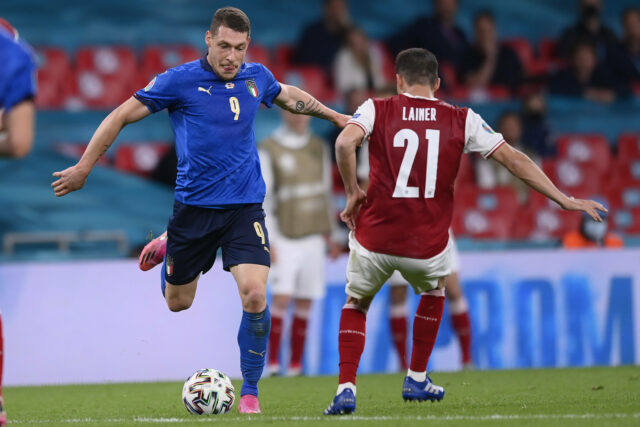 According to Calciomercato, the Gunners are ready to submit an offer of around £29 million for the Torino skipper.

Belotti joined Torino in 2015 from Palermo. He has been a key player for the club, scoring 105 goals in 228 games.

The 27-year-old has a contract at the club until 2022, and Torino are likely to sell him this summer to avoid losing him for free.

He is currently with the Italy squad at the Euro 2020, and his future likely to be sorted out after the competition is over.

Belotti would be a good signing for Arsenal but do they need him? He has been one of Torino’s most consistent performers and has leadership qualities.

He scored 13 goals and provided seven assists for the club last season. However, it is a mystery why no big clubs have made a solid effort to sign him in recent years.

Unless the Gunners ship out Alexandre Lacazette and Eddie Nketiah, adding another striker to the ranks would be a bad idea.

The Gunners could face strong competition from Everton and Tottenham Hotspur for Belotti.

Tuttosport reported in April that Spurs have joined several clubs in the race to sign the player, including Chelsea and Everton.

However, it seems Arsenal are now planning to make a formal bid for Belotti this summer.

Read: Leeds linked with a move for 23-year-old winger.