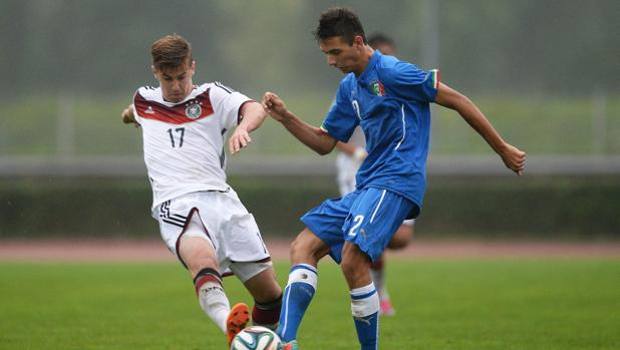 According to reports from the reliable TMW website in Italy, Arsenal are plotting a move for young Italian defender Giuseppe Scalera from Bari. Transfer Market expert Alfredo Pedulla in his own website has also claimed that the Gunners are looking at the 17 year old right back who could move to England soon.

A few days ago another Italian outlet Calcio News 24 claimed few days back that Juventus and Roma are also interested in the teenager. Scalera had earlier spoken on his aspirations, “My model? Maicon. My forte is running, pushing forward and constantly joining attacks. I also often play on the outside in the 3-5-2 setup. However, I need to improve on one on one situations.”

A move for the youngster isn’t an instant solution for the Gunners. Arsena Wenger’s side need a dominant defender who can easily walk into the first team and bail out the team’s defensive issues.

We had reported a couple of days ago that Wenger had confirmed a move for Villareal defender Gabriel Paulista with a £16m move mooted on the cards. The North London side are hoping to strike an agreement for an initial fee of £6m, which could rise beyond £10m.

Gabriel Paulista not in the Villarreal squad for this weekend's game at Levante. Arsenal move close to being agreed #AFC

The recent developments surely mean that a move could be on the cards soon.

Gabriel himself is the second best in @LaLiga for interceptions made. More here: http://t.co/FGYdOFF61u #SSNHQ pic.twitter.com/5hajpkxyLu