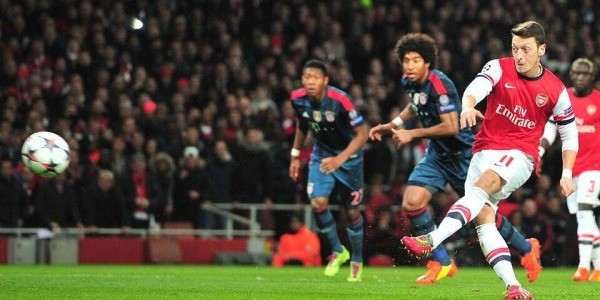 Arsenal’s Champions League dreams look all but over after a 2-0 home defeat to Bayern Munich, with goals from Toni Kroos and Thomas Muller sealing victory for Pep Guardiola’s side. 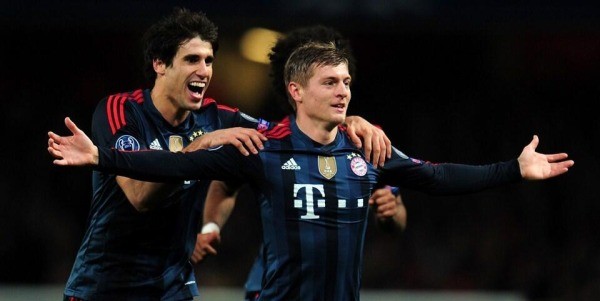 Wojciech Szczesny’s first half red card was the game’s turning point, with Arsenal having to spend the best part of an hour defending for their lives against a relentless Bayern, who poured forward with intent, grabbing two goals, and effectively ending the tie.

Here are the Arsenal Player Ratings:

Made a superb one-handed save from Toni Kroos in the opening minutes, before being cruelly dismissed for a foul on Arjen Robben.

Was unable to get into the game as he was forced out of the fixture early on due to injury. His replacement, Nacho Monreal, was caught out of position at times, but defended with heart with Arsenal down to 10.

Once more the key defender for Arsenal, Koscielny led the defence superbly in the face of such overwhelming odds. The second Bayern goal was a bitter blow to the Frenchman, who was arguably the best Arsenal player on the night, and not for the first time.

Had luck on his side a couple of times, and defended gallantly. Seemed a little sluggish at times, as Bayern pulled the Gunners this way and that, but it was a decent performance overall, considering the circumstances. 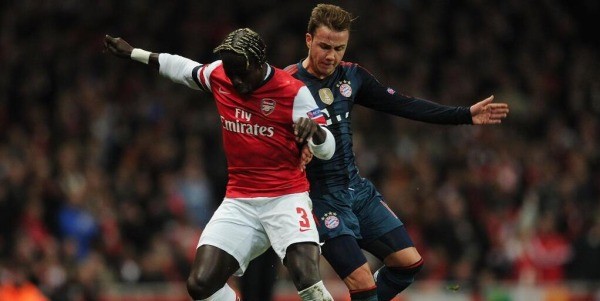 Reduced to booting the ball far up the pitch when he could, Sagna was unable to make a real impact on the flanks after the Gunners went down a man.

As you would expect from the firey Frenchman, Flamini battled hard, and did his best to protect the backline. 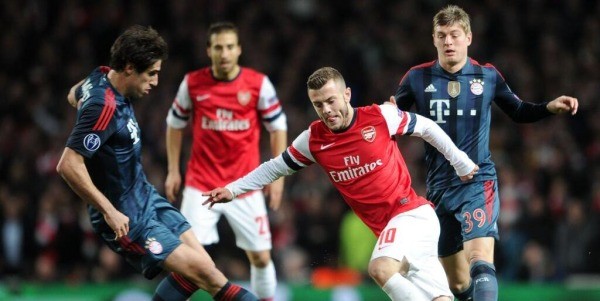 Not at his best, but did however slip Ozil through quiet brilliantly in the opening 10.

Sacrificed when Arsenal lost Szczesny. Łukasz Fabiański came on in his place, but could do nothing about either Bayern goal. 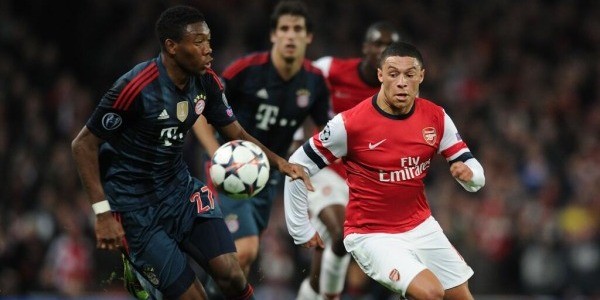 Pretty anonymous, and was replaced by Tomas Rosicky in the second half as Arsene Wenger tried to keep the score down to 1-0, but to no avail.

Won a penalty superbly in the opening exchanges, but his resulting penalty was atrocious. Clearly lost his early motivation, and failed to make an impact.

Showed early class by releasing Oxlade-Chamberlain early on, but the youngster became a relative passenger when Bayern had a man advantage.