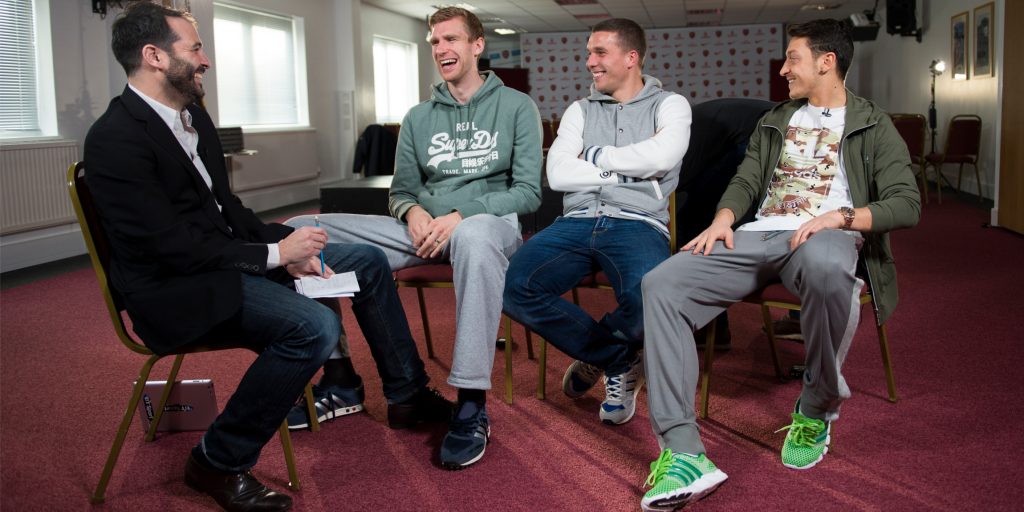 Arsenal will face Manchester City in a crunch Premier League battle tomorrow at the Etihad Stadium. Ahead of the Gunners’ crucial away trip, Arsenal’s German stars – Mesut Ozil, Lukas Podolski and Per Mertesacker – shared some light moments. 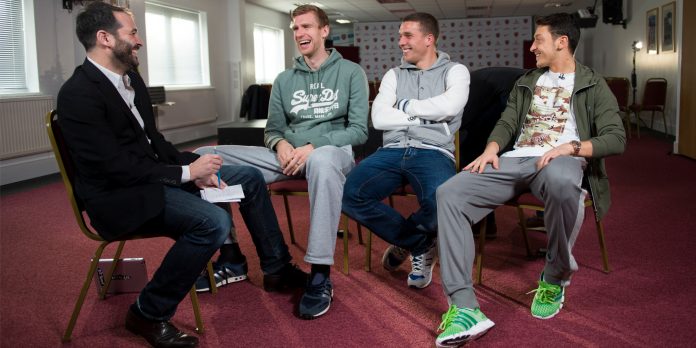 In the pre-match interview, they exclusively told BT Sport for its Man City vs Arsenal programme tomorrow, some interesting stories about their liking, favourite heroes and lot more.

When Podolski was asked what he likes most about England, he replied –

“I like the mentality of the people here. The fans, the normal people on the street. It’s a big city with a lot of things to do. I feel very relaxed here.”

Podolski replied– There are a few. Boxing, I like Mike Tyson. And I like F1 so, Michael Schumacher. And I like Ronaldo, but the Brazilian one!

Question asked to Mesut Ozil – If someone made a film of your life, which actor would you like to play you?

Per Mertesacker was asked – If you were going to sing a song in karaoke, what would it be?

The towering defender replied –  Its DJ Otzi, Hey Baby, I wanna know if you’ll be my girl. (then he sings…)

Podolski also revealed that Mertesacker is a good chef among the German contingent and he always orders something special, like German Tomato Soup.

Podolski replied – [we do things] behind doors, behind back doors. No one is allowed to get into the kitchen apart from the Germans!

Watch the full BT Sport interview from noon on BT Sport 1 as part of its exclusive broadcast of Manchester City vs Arsenal. Visit btsport.com