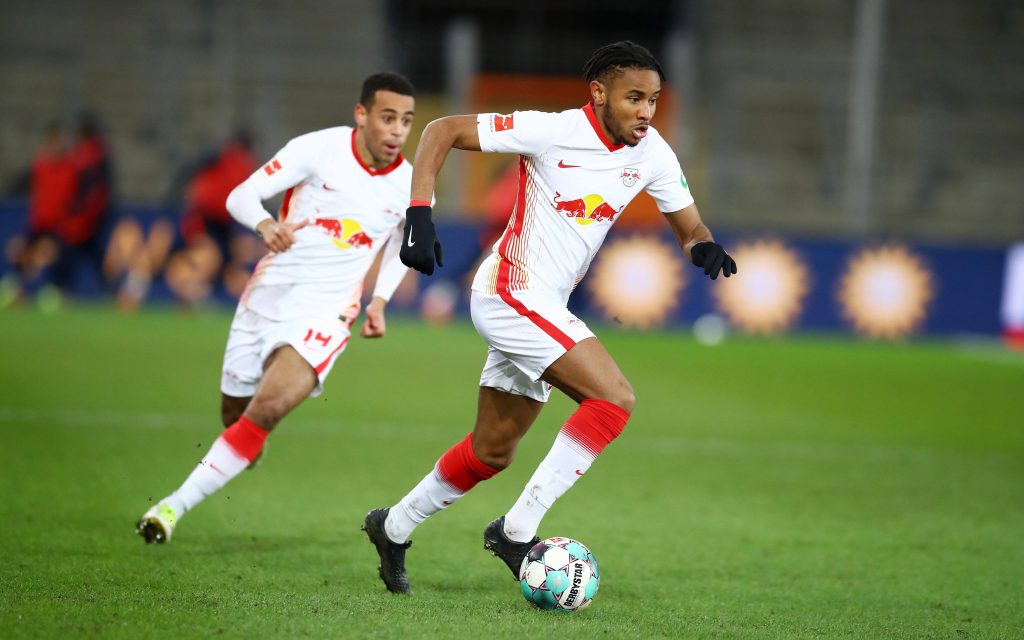 The French star has shone in the Bundesliga over the past couple of years after previously making a name for himself with Paris Saint-Germain.

The 23-year-old has enjoyed a productive season with Leipzig, scoring seven goals with eight assists in 31 appearances in all competitions.

However, according to Sky Germany, Nkunku could be on his way to the Premier League this summer.

Leipzig’s model of buying players cheaply and selling them for a profit means that their stars are constantly linked with moves elsewhere.

Dayot Upamecano has already agreed a move to Bayern Munich, while Ibrahima Konate has also been tipped to exit the club.

Marcel Sabitzer and Peter Gulacsi are other Leipzig players who could be sold during the summer transfer window.

On that basis, a switch to the Premier League would not be a surprise for Nkunku, with his versatility making him an appealing proposition for English clubs.

Arsenal were keen on signing Nkunku in 2019, but the French youth international decided to join Leipzig.

In hindsight, that was probably a sensible decision, allowing the player to hone his craft in German football.

A move to the Premier League is the next logical step in his career, and Nkunku would undoubtedly be an excellent addition to Arsenal’s squad.

His ability to play in numerous positions would be beneficial to manager Mikel Arteta as he strives to build a team capable of challenging for silverware.