Welcome to the daily Arsenal column here at Soccerlens, where we bring to you all things Arsenal. Ranging from news and previews to interviews and social scoops, everything is Arsenal in here. Today’s stories include Francis Coquelin’s confidence-laden quotes, what Alexis Sanchez is posting on Instagram and some boost for Olivier Giroud following his call-up to the national team, and also some regular transfer market updates.

Coquelin Opens Up On Pires Help

Combative midfielder Francis Coquelin has been one of the standout performers for the Gunners over the course of the current calendar year, and it seem much of his rise can be attributed to the help he has been receiving from one of Arsenal’s great Frenchmen, Robert Pires.

Quoted by the Guardian, Coquelin said: “I have good people around me. Robert Pirès gives me tips and advice. He is a French player and as a young kid I was watching him play for France a lot. It’s always nice to get tips from someone like that. He’s quite honest and if you haven’t played well he’s not going to hide it from you.”

Football fans might be just lapping up what the likes of Alexis Sanchez do on the pitch, while munching snacks along the way and bantering their mates and rivals alike. But Arsenal’s star forward offered a glimpse into the life of a professional footballer via a lengthy Instagram post yesterday, while maintaining the narrative about the sacrifices needed to make to be in a position like his.

Nadie sabe el sacrificio que esto implica , detrás de un jugador de fútbol hay una juventud pérdida detrás de un sueño que aveces resulta difícil de alcanzar , hay momentos en familia , salidas con amigos que se deben perder todo por un sueño . Algunas veces las cosas no se dan y tienes el rechazo de toda una sociedad pero hay que levantar la cabeza y salir adelante . No es correr detrás de una pelota . Es un sueño que sigo manteniendo desde pequeño y que me hace súper feliz .⚽️ Nobody know the sacrifice that it means, behind a footballer there is a lost youth for a dream that sometimes its difficult to reach, there are some times to stay with your family, outing with friends that you have to lose for a dream. Sometimes things go wrong and you have the rejection of an entire society but you have to carry on. It is not just run behind a ball. It is a dream that I have from my childhood and it makes me very happy.

The full message read: “Nobody know the sacrifice that it means, behind a footballer there is a lost youth for a dream that sometimes its difficult to reach, there are some times to stay with your family, outing with friends that you have to lose for a dream. Sometimes things go wrong and you have the rejection of an entire society but you have to carry on. It is not just run behind a ball. It is a dream that I have from my childhood and it makes me very happy.”

While the dust is yet to settle over Arsenal’s emphatic 3-0 demolition job of Manchester United on Sunday, Coquelin has had his say on the win, and believes the win for the Gunners proved many of their critics wrong. However, like most of his fellow Gunners, the Frenchman has called for consistency and admitted to the difficulties in maintaining Sunday’s level.

“I think everyone expected us not to win today and maybe we proved a lot of people wrong. I think inside the dressing room we knew we could do good things this season. We said it from the beginning of the season that we could be contenders but we have to be consistent. I think the most difficult thing now is to carry on getting the results,” he said to Arsenal’s official website.

Heading into the international break, Olivier Giroud isn’t an Arsenal name on the lips of many. Partly because Arsenal’s attack, comprising of Mesut Ozil, Sanchez and Theo Walcott, were excellent in the Manchester United win, where Giroud was a mere spectator, and partly because of the red card he received in the Gunners’ opening Champions League clash against Dinamo Zagreb which they lost. 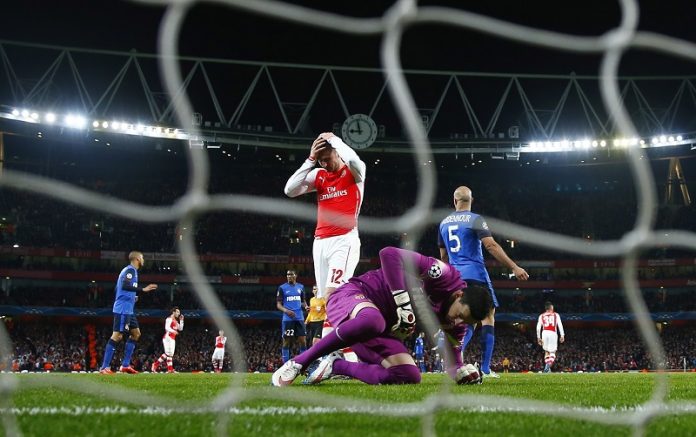 But the 28-year-old has been a fixture in the France national team set-up, and coach Didier Deschamps has full trust in the striker, a welcome boost given his difficulties of late. “It’s hard, it’s a difficult time for him. Obviously, (his) confidence has declined. The fact that he’s here, this is also to say that I trust him,” Deschamps said to 20minutes. Giroud is the only Arsenal player to be called up to the France squad.

Staying with France, the future of right-back Mathieu Debuchy is under increasing speculation following his non-call-up, and with the 30-year-old targeting a place in next summer’s Euro 2016, talks about a January move have been brewing of late. But according to Sky Sports, Italian champions Juventus — who are without a right-back following the injury to Stephan Lichtsteiner — have no interest in the Frenchman, and are not even thinking of transfers at the moment.

Meanwhile, the Karim Benzema to Arsenal rumours have resurfaced yet again. According to Metro, who have cited Madrid-based publication AS, the striker has alerted the Gunners after being fed up with Real Madrid manager Rafael Benitez following his substitution in the 77th minute against Atletico Madrid, a game which ended in a draw with Benzema scoring.

A lot has been going around in social media quarters concerning Arsenal, and after Sunday’s 3-0 win for the Gunners, two highest profile Arsenal and Manchester United fans have got themselves engaged in a battle to see whose team finishes higher at the end of the season. The bets placed are worth £5,000, but all of it will go to a charity of the winner’s choice.