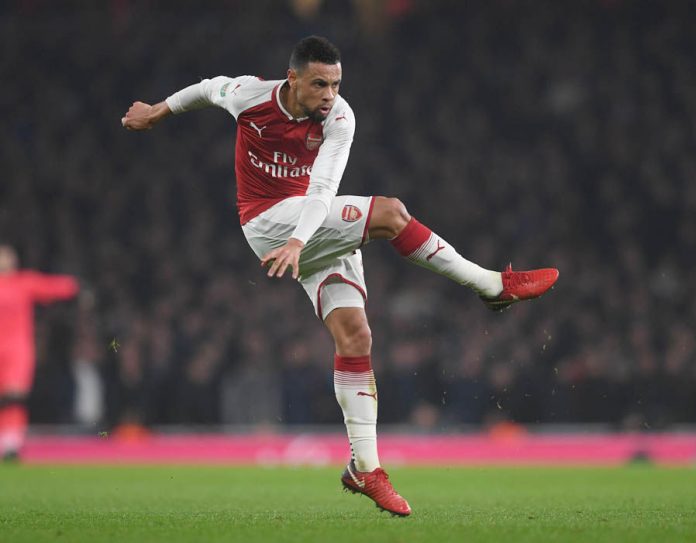 Arsenal have confirmed their midfielder Francis Coquelin has joined Championship club Charlton Athletic on a month’s loan on Monday.

The 23-year-old came up through the Gunners’ setup and made his way into the north London club’s first team in 2008. However, the Frenchman has failed to feature regularly for Arsene Wenger’s side and has spent the last few seasons away on-loan.

A statement on Arsenal’s official website read, ” French midfielder Francis Coquelin has joined Championship side Charlton Athletic on loan for a month. The 23-year-old, who has made 43 Arsenal first-team appearances, returned to the club this season having spent the 2013/14 campaign on loan at Freiburg.”

“Francis got some valuable experience under his belt at the German club, making 24 appearances and scoring once. His time at Freiburg was preceded with a season-long loan with French Ligue 1 club Lorient in 2010/11.”

“Shortly after returning to Arsenal from Germany, Francis showcased his versatility when he played 90 minutes at left-back against Southampton in the Capital One Cup.”

“A French youth international, Francis heads to Charlton Athletic for the opportunity to gain first-team playing time. Everyone at Arsenal wishes Francis well for his time at The Valley,” it added.