Schalke’s attacking midfielder Julian Draxler has been ruled out till the end of the year. The German star picked up a nasty injury in the first minute on Friday during Schalke’s 1-0 win over Augsburg. The 21 year has partially torn a tendon in his right thigh and will require a surgery to recover. 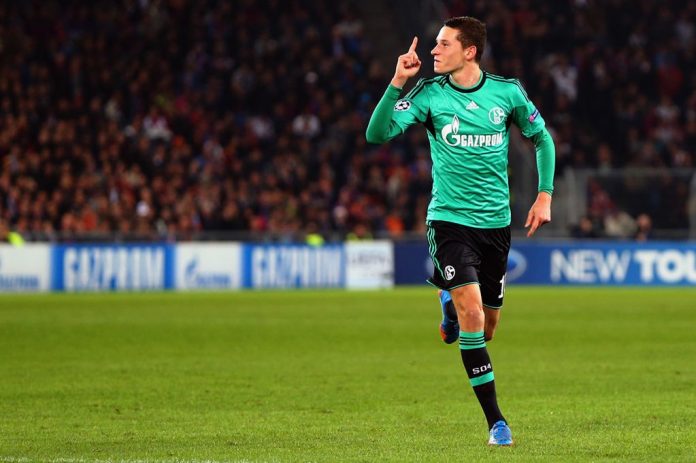 While Schalke would would miss his services in the upcoming months, the recent developments would also come as a huge blow for his potential suitors. While Arsenal have been a long term admirer of the talented youngster, we had reported that last week Manchester United had sent scouts at the Veltins-Arena to keep an eye on both Draxler.

The World Cup winners is one of the most sought after players across Europe. The versatile midfielder can play on the either wings but prefers a more attacking role in an advanced position. This also enables him to play down the middle and just behind the main striker up front.

However, the injury now means that any such move in the upcoming January transfer window is non-existent. Both the Premier League giants will now have to look elsewhere in pursuit of a player of similar potential.