Arsene Wenger seems to be enjoying his summer shopping. After having already signed four players to revitalize his squad to mount a serious Premier League title challenge, the Frenchman has now set his sights on Real Madrid’s Alvaroi Arbeloa according to Spanish daily AS.

MARCA have also provided a snippet reporting the story in their front page of today’s edition. 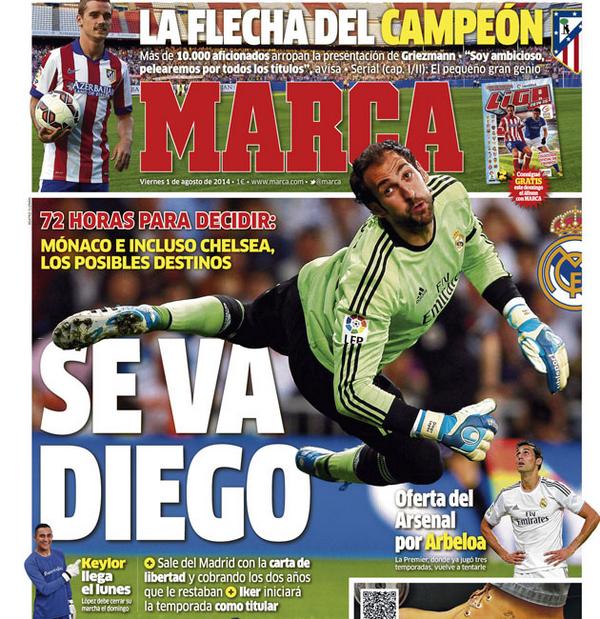 The report claims that despite Wenger having brought in the likes of Mathieu Debuchy and recently Calum Chambers to replace the departing right back Bacary Sagna wants to further strengthen his squad to provide defensive cover.

With no certainties over Thomas Vermaelen’s future at the Emirates, Arbeloa can step up to the task when required if either of Koscielny or Mertesacker gets injured. The former Liverpool player is quite versatile and can also slot in the left back position if required.

Moreover, the 31 year old isn’t assured of a starting spot for Real with manager Carlo Ancelotti preferring the youthful exuberance of Daniel Carvajal in his first eleven at Santiago Bernabeu.