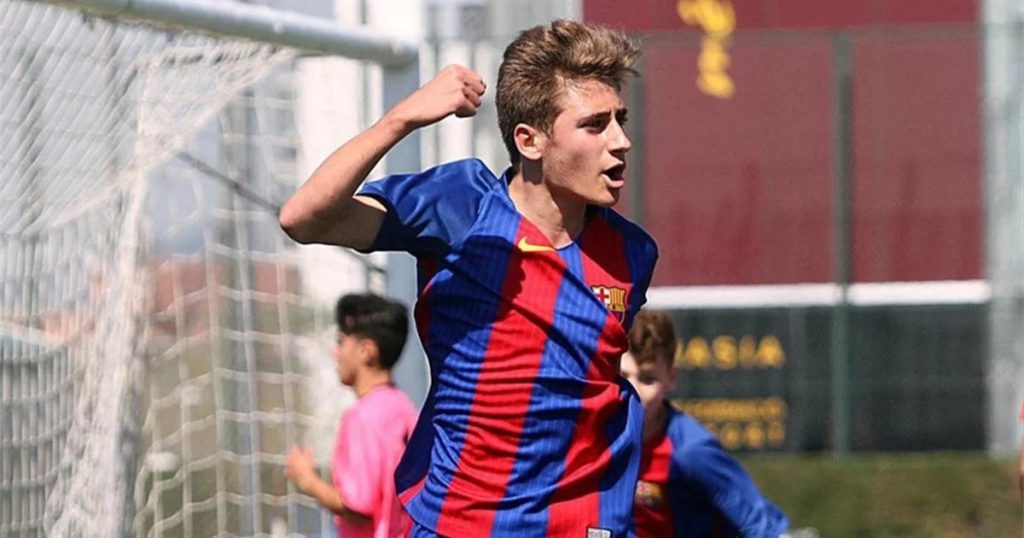 According to Spanish journalist Gerard Romero, Arsenal have made a ‘good proposal’ to Barcelona’s highly-rated midfielder Robert Navarro who ‘seems to be moving from’ La Masia this summer. The AS Monaco have also made an official approach for the 15-year-old, but Barca are trying to convince him to stay.

Arsenal are raiding the Catalan giants it seems, having all but signed Barca left-back Joel Lopez, but they have stiff competition to land Navarro’s signature. Romero made it clear that no deal is done for the young teenager, but Arsenal’s Head of Football Relations Raul Sanllehi could be the difference in the negotiation process.

Formerly a Sporting Director at Barcelona, Sanllehi is working closely with Arsenal’s Head of Recruitment Sven Mislintat and may well be using his links with the Catalans to get deals over the line. The 49-year-old has already been credited for getting Lopez to reject Liverpool’s advances in favour of joining Arsenal and Navarro could now be joining him.

It’s bad news for Barca as they appear to be losing a lot of players from their academy this summer. The challenge of rising through La Masia to the first-team has seen many try their hand elsewhere. Navarro could be Arsenal’s sixth signing from the Liga giants – Cesc Fabregas, Hector Bellerin, Fran Merida, Ignasi Miquel, Jon Toral.