According to TuttoSport, Premier League elites Manchester United and Arsenal are closely monitoring the contract situation of Claudio Marchisio. 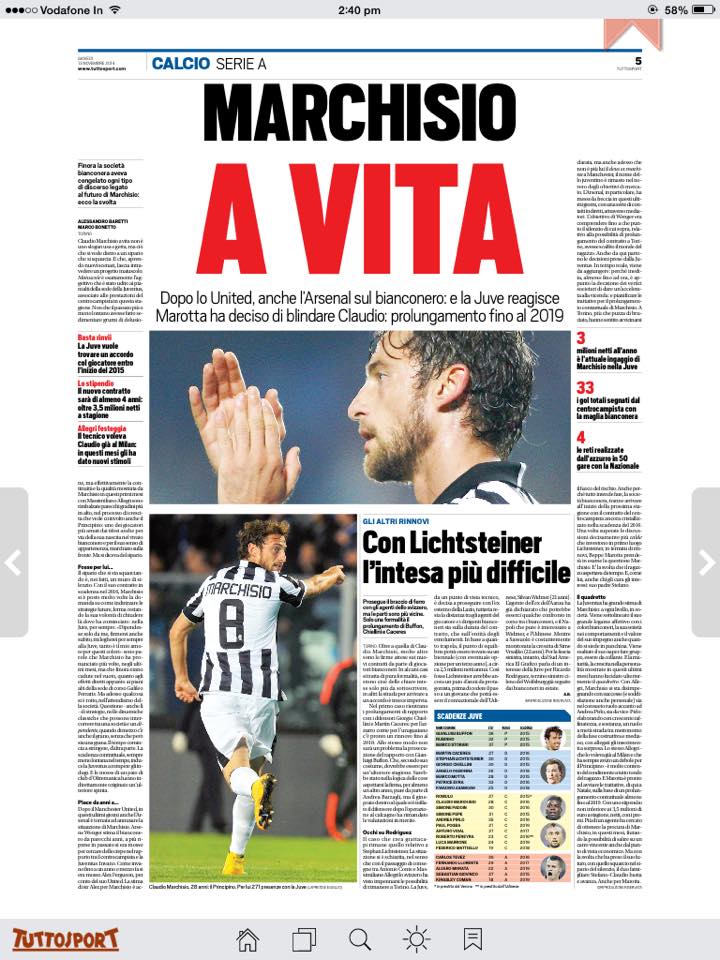 The Italian international’s current contract expires in 2016 and with the increasing demand of quality central midfielders in the Premier League, Marchisio is on the priority list for most Champions League clubs.

Although there has been discussions between the player and Juventus regarding a possible extension, speculation is rife, that Arsene Wenger is looking to freshen up his central midfield with the addition of Marchisio.

The Turin based media also states that there has been a strong enquiry from Arsenal and that the London giants have sounded out their interest to the player.

However, Juventus are reluctant to part with their prized asset and are working towards offering him a renewal that will see him earn €3.5m per season until 2019, an improvement on his current wage of €3m per season.