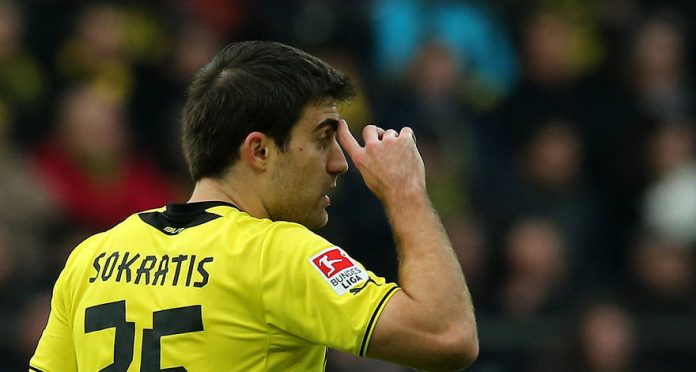 Dortmund are demanding in the region of €25m, but Greece website Sport 24 claimed that Arsenal would return back with an improved offer.

And they’re right. Today, we have an update on the story from Greek media outlet NovaSporFM. They claim, Arsenal have improved their offer to €20m, close enough to persuade Dortmund to conclude a business.

The website claim that the deal is close and the player is likely to wear the Arsenal shirt this season, that is will complete his transfer before the deadline ends.

This is not the first time this summer Arsenal had shown any interest in Greek players. The Gunners were heavily linked with a move for Kostas Manolas, but in the end Serie A giants Roma snapped up a deal for him, signing him as a replacement for Mehdi Benatia, who joined Bayern Munich earlier this week.