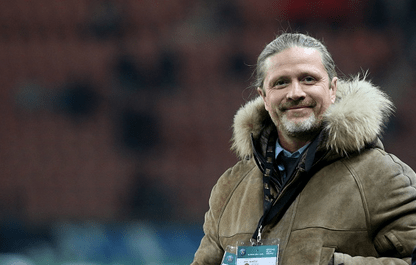 Arsenal star, Emmanuel Petit spoke to the media during his book launch and reflected on how his footballing decisions had affected his career.

The former Chelsea and Arsenal player claimed that he made a huge mistake not joining Manchester United during his slump at Barcelona.

The midfielder however returned to the Premier League with Chelsea later and failed to make a lasting impression. Although he proved to be a decent acquisition for Chelsea later on, his persisting knee problems forced him to draw curtains on a stop-start career.

Petit claimed that Sir Alex approached him during his spell at Barcelona, but he turned down the chance to join Manchester United.

Petit said: “Each time I took a personal decision instead of a professional one, it was an error. That had already happed when I moved from Arsenal to Barcelona.

“Manchester United had noticed the state I was in during my first few months at Barcelona. I’d really appreciated Sir Alex Ferguson’s approach. If I’d made a decision based on my career, I would have gone to Manchester United.”

He added: “But once again, I privileged a private choice over a sporting choice. I regret it.”