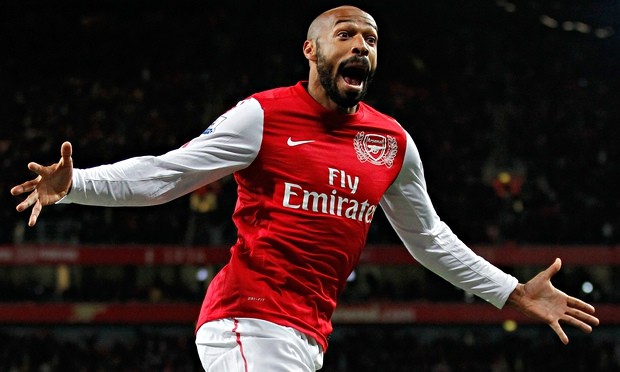 Henry served as assistant manager to Roberto Martinez for Belgium during the recent World Cup in Russia. The Belgians impressed as they finished the event in third-place, beating pre-tournament favorites Brazil during the quarter-finals before losing to eventual champions France during the semi-finals.

Henry announced recently that he would no longer be doing punditry as he wishes to focus solely on his management career.

Henry is regarded as being one of the most decorated players of the past generation and it is bound to happen that he will end up managing notable team’s in the near-future.

He would have certainly learnt a lot from his experience in Russia.

He will also be motivated after two of his former Premier League fierce rivals- Steven Gerrard and Frank Lampard recently launched their professional managerial careers. Gerrard is the manager of Scottish giants Rangers while Lampard is managing English Championship club Derby County.

When asked if Henry could be a good manager, Pires said according to the Daily Mail: “Of course.

“I hope and I wish for Thierry. I’m very happy he left Sky. I sent him a message yesterday saying, ‘Finally, you left’. Not because he’s not a good pundit but I know Thierry.

“Now he can focus on the new job, on being a manager. I hope he will find the right club. I don’t know if a chairman will give Thierry the opportunity but he will be a good manager.

“During the World Cup he was assistant to Roberto Martinez and did very well. If you ask all the Belgian players all of them, especially (Romelu) Lukaku, they say they learned from Thierry every day.

“Steven Gerrard and Thierry (going into management) is good news for football. We need some new faces on the bench.

“I don’t know if they’ll make a success, but these guys they have their badges, it’s very important they’re given an opportunity.”